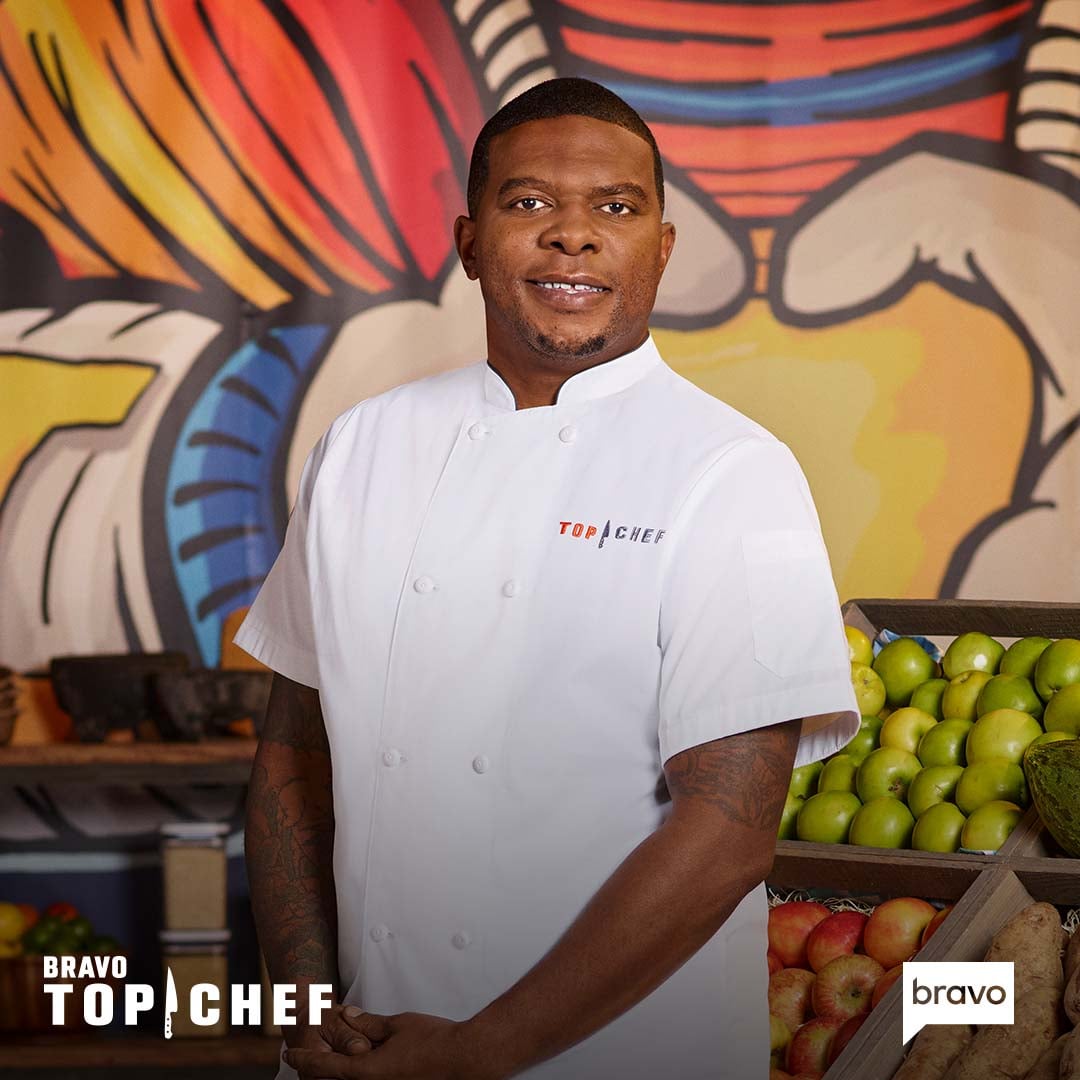 Exciting news from Wild American Shrimp! One of our very own Chef Advocates, Nick Wallace, will be competing in Season 19 of Bravo’s hit show Top Chef — Top Chef: Houston!

Chef Nick will be competing with acclaimed Chefs from all over the country, bringing his signature style of using homegrown ingredients to create a unique culinary vision.

As detailed by his biography for the competition:

Nick Wallace is the Founder and Chef of Nick Wallace Culinary, Nick Wallace Catering, Nissan Café by Nick Wallace, and soon to be “CHURN Creameries”. Born and raised in Mississippi, he began his culinary training at an early age in his grandmothers’ kitchens, where he absorbed the knowledge and guidance that inspired his love for food. Nick has served as Executive Chef for some of the country’s largest and most prominent museums and hotels. He has also been featured on notable food television programs. He works closely with local farmers and combines his family’s farm origins with a sophisticated French method to create a unique and modern Mississippi cuisine that is as comforting as it is exciting. His non-profit organization, Creativity Kitchen, works with Jackson Public Schools to provide more flavorful and nutritious meals for students as well as educate them about healthy eating and the skills and value of farm-to-table practices. In addition to serving on the Board of Directors for Hunger Free America, Nick has also established partnerships with major food and beverage companies as well as organizations including Share the Gulf, Partnership for a Healthy Mississippi and the American Cancer Society. Recently, Nick’s love for his state and vision for culinary innovation earned him Best Chef of Mississippi honors, which he uses to motivate himself to further grow his understanding of flavor and technique and to better serve his family and community.

“Here we go, y’all! I am so excited to share my journey through Top Chef with Mississippi and the world.”

Previous Chef Advocates that have been featured on Top Chef include Tory McPhail, Jim Smith, and Aaron Cuschieri, and Katie Dixon was a competitor on Season 7 of MasterChef and Season 14 of Food Network Star!

The first trailer for the show — where Chef Nick can be seen multiple times — is available below!

We wish Chef Nick the best of luck in the competition! Season 19 of Bravo’s Top Chef premieres on Thursday, March 3 at 8 PM EST / 7 PM CST!