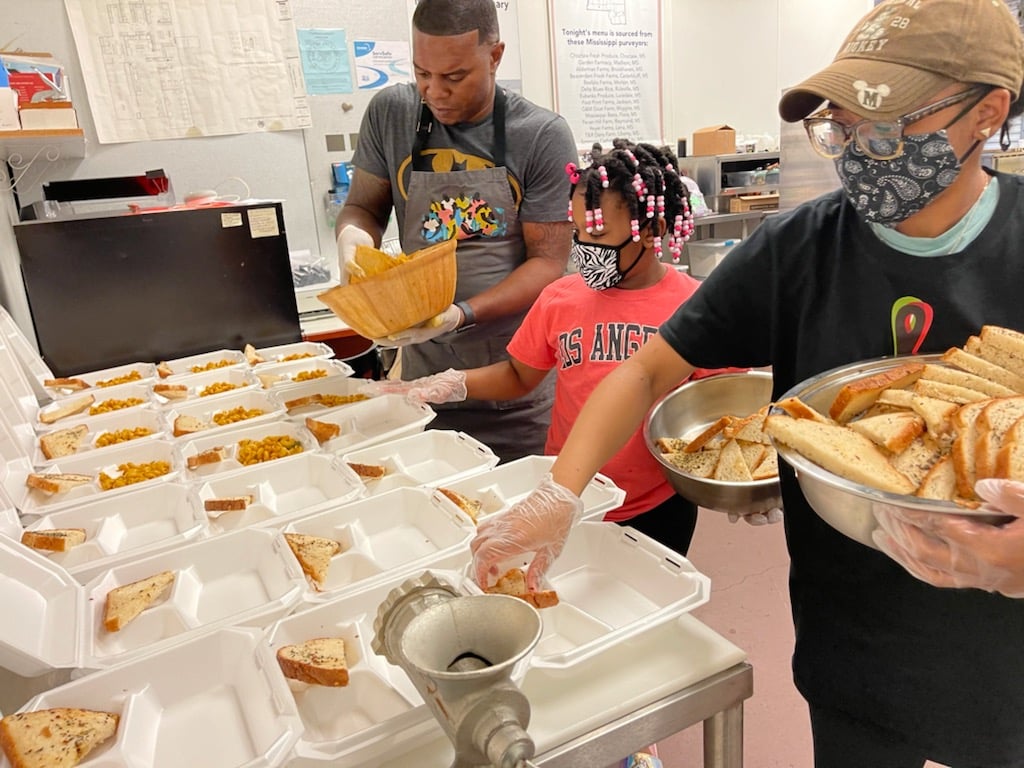 The capital has been experiencing an ongoing water crisis for several weeks, where residences across the city have been left either with contaminated water that has to be boiled before use or without any water at all. The situation has lasted since the beginning of March, where a severe winter storm devasted the city’s water infrastructure.

That’s where Nick Wallace came in.

Nick Wallace Culinary — in partnership with World Central Kitchen, a not-for-profit organization that provides meals to communities affected by natural disasters ­– is one of ten Jackson area restaurants being assisted by the organization to cook and deliver meals to families in need. To date, more than 5,000 meals have been prepared and served by Nick Wallace Culinary and other local restaurants in both neighborhoods and water distribution sites. Out of those, Nick Wallace has personally made and delivered 250 meals, going the extra mile to not just cook the food, but deliver it as well.

In the culinary process for these donations, Wallace said that he didn’t want to “cut any corners” just because these were pre-packaged meals going to communities in need of assistance. If anything, it inspired him more to make the meals as delicious as possible — using local ingredients such as Delta brown rice for plates of chicken fried rice ­— so that when residents tasted them, they would know that they came from Nick Wallace, a well-known chef in the Jackson area.F

Wallace said that he’s appreciative of the opportunity to spread his brand and, above all else, “feed even more people” than his restaurant has ever fed.

In speaking about the effort to do his part to help families in need, Wallace said, “Humanity is an ocean. If a few drops of the ocean are dirty, the ocean does not become dirty. It just needs help being maintained, and with our help, the ocean of humanity  will never become dirty.” He added, “To deny people their needs is to challenge our very humanity. Love and compassion are necessities, not luxuries. Without them, humanity cannot survive.”

To help Nick Wallace and World Kitchen Fund’s cause, visit their website and make a donation.

Look forward to Chef Nick Wallace’s upcoming appearance as a competitor in the 19th Season of Top Chef!