Do You Ask Restaurants if They Serve Wild-Caught American Shrimp? 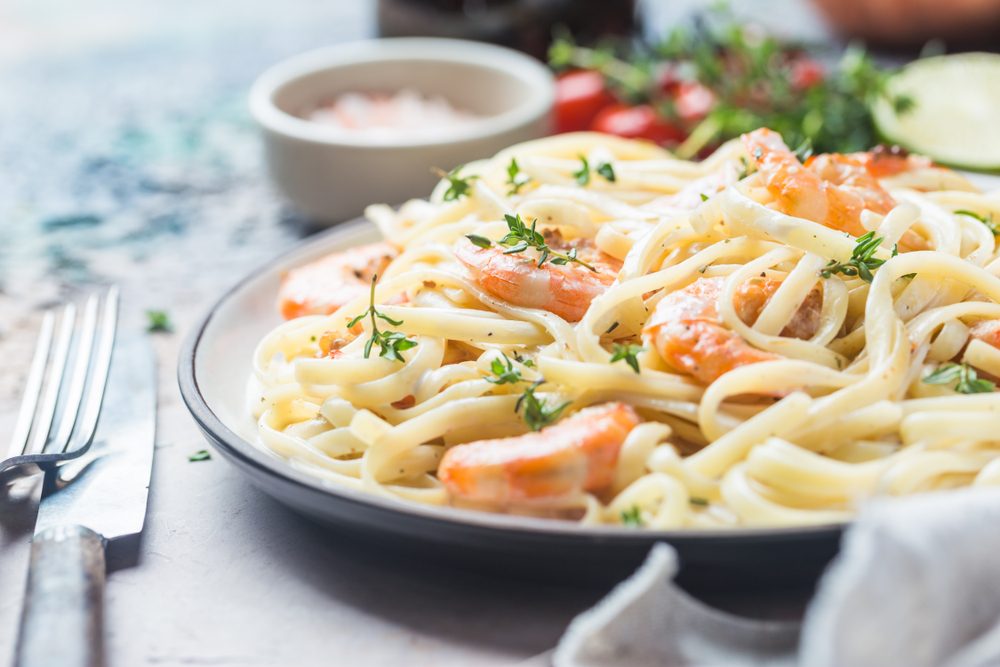 As people slowly but surely make their way back outside, restaurants are opening their doors once again and accommodating guests in a COVID-19 world by requesting the usage of masks and social distancing between tables.

What a feeling, to be able to dine out at favorite local restaurants once again! And, of course, nothing sounds tastier to us than enjoying some tasty shrimp in a multitude of our favorite dishes!

However, this also gives us the opportunity to ask a very important question: do these restaurants serve wild-caught American shrimp?

This questioning may catch you off-guard. Most people rightfully assume that when they go out to eat at a restaurant they love and order shrimp, they’re being served wild-caught American shrimp. However, it’s surprising how few people actually make the effort to ask their server if that’s really what they’re getting.

In 2019, the American Shrimp Processors Association (ASPA) — the parent organization of Wild American Shrimp — was involved in the passing of Louisiana House Bill 335: requiring restaurants in the state to disclose (either directly on their menu, with a paper clip addition to the menu or displayed on a prominent sign near the entrance of the restaurant) if they were serving foreign, imported shrimp as opposed to wild-caught American shrimp.

Thanks to the immediate implementation of this bill, the millions of people eating in Louisiana a year could immediately see whether the shrimp they were eating were imported or not. Even major fast-food chains such as, ironically enough, the Louisiana-centric Popeye’s had to abide by the new law: revealing that their “Louisiana shrimp” were actually imported!

These disclosure laws have proven to be a tremendous success in multiple states, finally holding restaurants accountable to be responsible for disclosing where their shrimp come from. Unfortunately, not every state has implemented laws like this, and that means that there are still millions of people across the country who can go out to eat at a seafood restaurant and potentially be served imported shrimp.

Which brings us back to the topic at hand: how to know if local restaurants are actually serving wild-caught American shrimp.

More often than not, it’s as simple as asking a waiter, “Are these shrimp wild-caught and American?”

If they say that their shrimp are imported or can’t give an answer at all, then they’re not serving the best shrimp around. The same mindset can be applied when shopping for shrimp in a grocery store, with it being best to always make sure labels are read or employees are asked if the shrimp being sold are truly American.