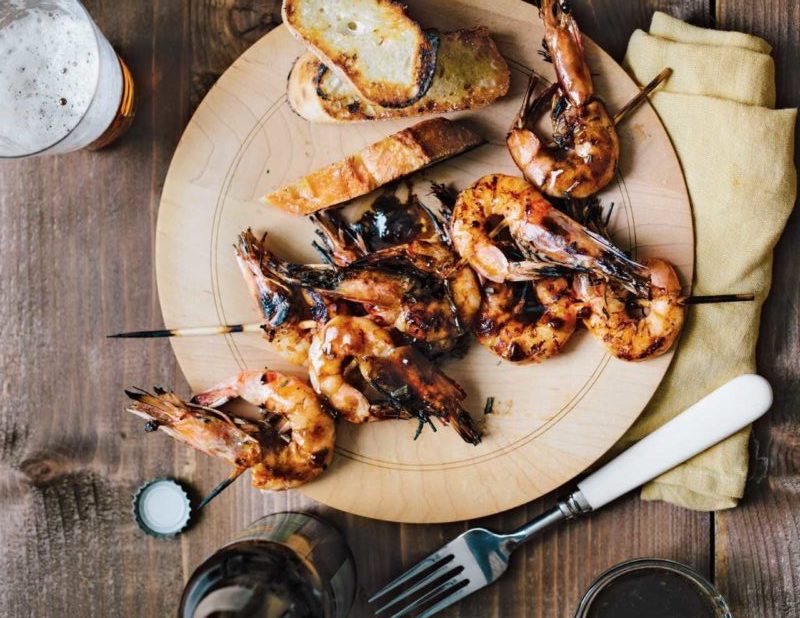 But did you know that barbecue shrimp aren’t actually barbecued?

It’s true! Most sources agree that the original recipe for barbecue shrimp was invented in a New Orleans restaurant called Pascal’s Manale in the mid-1950s. A customer who had recently come back from Chicago told the restaurant’s chef about a dish he had eaten there comprised of shrimp, butter and pepper. The chef whipped up a similar recipe, which the customer acknowledged was even better than the original, and it was added to the Pascal’s Manale menu where it remains to this day and has since spread across New Orleans and throughout the United States.

The “barbecue” in barbecue shrimp refers not to the process of barbecuing shrimp on a grill, but rather the sauce in which the shrimp are prepared that results in a smokey red, or “barbecued,” color!

Despite the misconception, barbecue shrimp is a classic way to serve up your shrimp: with the sweet and savory taste of a good barbecue sauce perfectly matching the same savory-sweetness of wild-caught, American shrimp.

This dish is known and loved by chefs from all over, particularly in New Orleans, and the best part about barbecue shrimp is that the sauce is easily customizable by utilizing different flavors and spices. Once you whip up your favorite style of sauce, barbecue shrimp are incredibly easy to cook up and serve over and over again. Trust us, anyone at your dinner table will thank you for spicing up their day!

To get started, look no further than Wild American Shrimp’s own recipes for barbecue shrimp: each with its own unique spin on the classic recipe!

This recipe for Grilled Head-On New Orleans-Style BBQ Shrimp from Wild American Shrimp’s 2020 Chef of the Year, David Guas, includes a vibrantly flavorful sauce that’s perfect for skewered shrimp and for sopping up with slices of a warm French baguette: now THAT’S NOLA for ya!

This Louisiana Creole BBQ Shrimp is best served in a bowl filled to the brim with chives and a mix of spices for that extra Creole kick!

If you’re looking for more barbecue shrimp recipes, including chefs explaining the history of the dish, check out some of these video recipes we love!

For even more ways to cook your scrumptious wild-caught, American shrimp, visit our Recipes page!