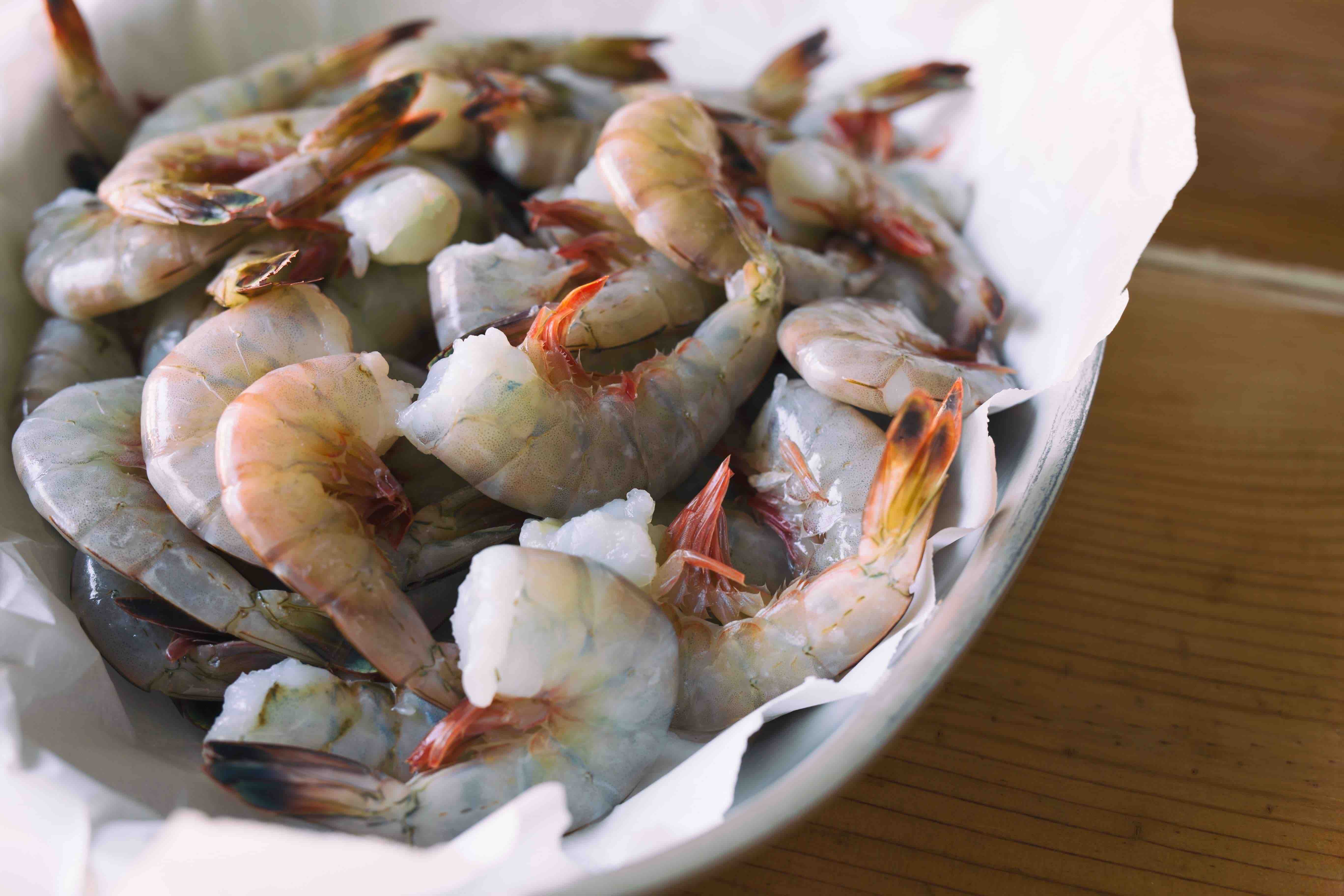 Here at Wild American Shrimp, you may see us talking a lot about the virtues of our wild-caught, American shrimp — the tastiest shrimp in the world, all caught in the Gulf of Mexico and South Atlantic Ocean. But how do you know which shrimp to buy in the store or order in a restaurant when 90-94% of them are imported and farm-raised? Here’s our guide to help you along — with helpful definitions along with our top 10 reasons you want to insist on shrimp that are wild-caught in warm U.S. waters.

IMPORTED, FARM-RAISED: Farm-raised, imported shrimp that are raised in ponds in a foreign country with very loose regulations compared to the United States.

WILD-CAUGHT, U.S. SHRIMP: Our wild-caught American shrimp, on the other hand, are shrimp that have been caught on boats by fishers from their natural ocean habitat, in our case: the warm waters of the Gulf of Mexico or South Atlantic Ocean.

1 . GREAT FLAVOR AND TEXTURE PREFERRED BY CHEFS: Living free in the nutrient-rich Gulf and South Atlantic waters, our shrimp develop a naturally great taste and texture that leading chefs prefer.

2 . CAUGHT SUSTAINABLY: Our shrimpers and processors follow all of the United States government’s strict guidelines to ensure that shrimp are harvested in a manner that does not disturb or take away from their natural environment.

4 . FREE FROM VETERINARY DRUGS, INCLUDING ANTIBIOTICS: Most of the imported product is grown in aquaculture ponds that require the introduction of a range of veterinary drugs, including antibiotics, to prevent and treat bacterial conditions. For example, shrimp farms employ chemical agents to control viral, bacterial, fungal and other pathogens, induce plankton growth and inoculate shrimp larvae.

5 . FREE FROM INJECTED HORMONES: Along with antibiotics, imported shrimp test higher for growth hormones and steroids [2]. This is to help artificially expand the size, vitality and “quality” of their shrimp. These hormones have the potential to be absorbed into the human body, impacting our own body’s functions.

6 . VERY LITTLE IMPORTED SEAFOOD IS TESTED BY THE FDA: In FY 2015, the United States Food and Drug Administration (FDA) examined only 2.2% of all imported seafood and tested only 0.1% of one million seafood import entry lines for illegal drugs. Of that 0.1%, 12% of shrimp tested positive for illegal drugs [3]. In January 2019 alone the FDA rejected 32 shrimp entry lines from India, 26 of those due to banned antibiotics [4].

7 . IMPORTS FROM INDIA HAVE EXPLODED DUE TO LOOSE U.S. INSPECTION: Recent problems with illegal drugs found in Indian shrimp vividly demonstrate the need for additional consumer protections. India’s shrimp production has seen massive increases over the past decade due primarily to millions in illegal subsidies and widespread use of illegal veterinary drugs to increase production.

8 . WILD-CAUGHT SHRIMP DO NOT CONTRIBUTE TO ANTIBIOTIC RESISTANCE: Antimicrobial resistance (AMR) is one of the growing problems posed by drug use in aquaculture ponds. AMR prevents drugs from treating common microorganisms (bacteria, fungus, viruses or parasites) in humans. AMR kills 29,500 Americans per year and is projected to kill one million Americans by 2050 [5].

10 . SUPPORT AMERICAN WORKERS: When you purchase wild-caught American shrimp, you’re not only supporting the local economy, you’re also supporting the continued livelihood of America’s shrimping families. At the American Shrimp Processors Association (part of Wild American Shrimp), our members have been in the business for generations, passing down the torch through time to pass wild-caught American shrimp to your table.

Here at Wild American Shrimp, we espouse the quality of wild-caught Gulf of Mexico and South Atlantic shrimp over farm-raised shrimp for a variety of reasons. As lovers of shrimp, we want consumers to be supplied with the best shrimp possible, which we believe are the ones that are allowed to grow, eat and be caught in their natural environment: both full of premium taste and free from veterinary drugs and hormones. We believe that our Wild American Shrimp fit all of the above and are the closest you can get to tasting perfect shrimp!

Want to order wild-caught American shrimp for yourself or your business? CLICK HERE!

For more information on Wild American Shrimp, explore our website!

For recipes, visit our Recipes page!