In Memoriam: Richard Gollott, a Pillar of the Wild-Caught Gulf Shrimp Industry 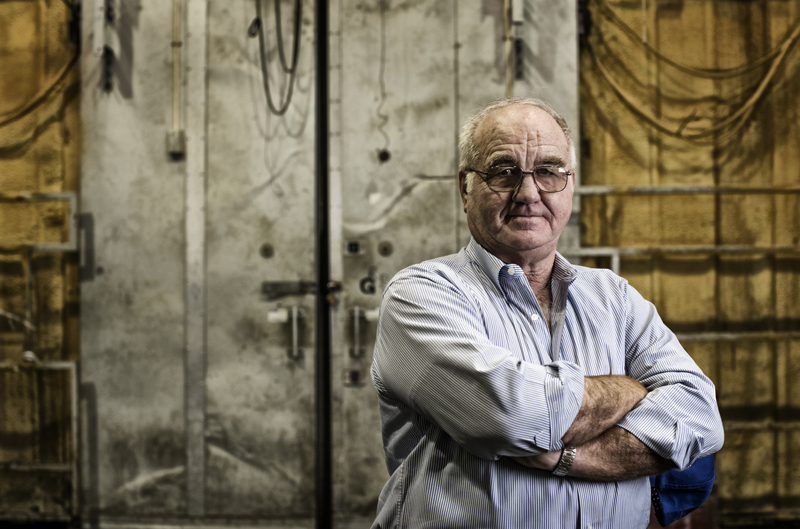 Edgar Richard Gollott, Sr., Vice President of Golden Gulf Coast Packing Company, Inc. (est. in 1984 on Biloxi, Mississippi’s Back Bay), President of Gollott’s Oil Dock & Ice House and a pillar of the seafood industry in the Gulf South for more than 60 years, passed away peacefully in his Biloxi home on Sunday, May 9, 2021, surrounded by family and friends. He was 77 years old.

Richard started in the seafood industry at the age of 13 under the tutelage of both his father, Edgar Madison Gollott and his grandfather, Armond George Gollott, who were both accomplished veterans of the seafood industry in their own rights. He worked in nearly every aspect of the business — from driving trucks full of oysters and unloading shrimp boats to processing and blast-freezing the shrimp catch.

In 1969, he took all of his experience and knowledge and established his own company – Cap’n Gollott Seafood in east Biloxi, Mississippi on Lee Street – which for a time became the largest oyster dealer in the entire Gulf of Mexico.

When Richard saw a demand for reliable work in the local seafood industry, he found an answer in Vietnamese refugees who were living and working in New Orleans. Richard worked out an arrangement to personally rent vans and drive the Vietnamese laborers from New Orleans to Biloxi each weekend to work. After several of the employees decided to move to Biloxi, Richard arranged housing for them and their families to help them establish their new roots on the Mississippi coast. Because of pioneers like Richard Gollott, the Vietnamese community now thrives in cities like Biloxi to this day, many of whom are still in the seafood industry.

He said at the time, “The growing number of coastal residents was a welcome surprise and also a natural segue into shrimping: Next thing you know, I turned around and looked, and we had over 3,000 Vietnamese people in Biloxi.”

The influx of fishermen created a win-win situation for Richard to venture into the shrimping business, and once again, he provided assistance by financing the fuel, ice and other needs for the fishermen. When the eager shrimpers started to navigate the Gulf, it caught the attention of National Geographic, which ran an in-depth story in September 1981 about the journey and struggle of the refugee fishermen. Biloxi was the focal point of the story, and Richard was highlighted as playing a key role in helping them start a new life in Mississippi. Read the feature story from the September 1981 issue of National Geographic.

Gollott reigned as Shrimp King in 2013.

It was to the shrimp industry business that Richard would devote himself for the rest of his life. He became involved in the American Shrimp Canners Association (now the American Shrimp Processors Association), where he advocated in Washington D.C. on behalf of the industry and served on the Commission of the Mississippi Department of Marine Resources (DMR) for several terms between 2004 and 2021. In 2013, Richard was crowned with the coveted title of Shrimp King, a Biloxi tradition that goes back to 1956 to honor men with a strong association in the seafood industry.

His dedication to the industry was simply just a way of life: “My grandfather always said to teach a boy to work is the most important thing a father can do for his son,” Richard said, adding with a hearty laugh, “and my dad really believed in that, too!”

It’s clear that Richard took these words to heart, as his son Richie, his daughter-in-law Kelcey Gollott, his brother David, his sister Kathy Gollott Brooks and his grandson Jacob all work as a part of Golden Gulf Coast Packing Company, Inc. and Gollott’s Oil Dock & Ice House to this day.

In April of 2018, Richard was honored with a Distinguished Service Award from the American Shrimp Processors Association in recognition of “a lifetime of commitment, dedication and service to the seafood industry.”

“In my almost 50-year friendship with Richard Gollott, he was never anything less than a dedicated fighter for a healthy and viable seafood industry that included everyone from deckhands to consumers,” said Dr. David Veal of the American Shrimp Processors Association.

The City of Biloxi posted this two-minute video on the seafood industry that they worked on with Gollott and the late George Sekul after Hurricane Katrina.

“We will miss him so much. He taught us all so much. He worked hard all of his life and passed that work ethic on to us,” said his sister Kathy, who worked alongside him for 39 years. “God is merciful. Richard is not in pain anymore.

“Yes we will certainly miss him,” said his son Richie. “It won’t be the same, but we will carry his legacy forward with us every day. We will continue to work hard the way he would want us to. It’s our way of life.”

Our thoughts and prayers are with Richard’s family and friends.

Funeral arrangements are as follows:

Post from Kathy Gollott Brooks, Richard’s sister who worked with him for 39 years.

Richard’s family wishes to give special thanks to Dr. Pande and Dr. Khalid from the Memorial Oncology Group as well as his team of doctors at MD Anderson in Houston, TX.

In lieu of flowers, the family requests that memorial gifts in Richard’s honor be given to:

Visit our processor page for Golden Gulf Coast Packing Company, Inc. for a more complete story of Richard Gollott and his company.