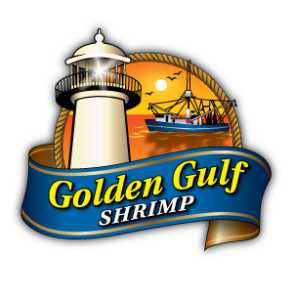 Golden Gulf Coast Packing Company in Biloxi, Mississippi is one of the longstanding seafood businesses built upon a multi-generational cornerstone of strength and heritage. Richard Gollott, vice president of the company, followed the footsteps of his grandfather, Armond George Gollott, and father, Edgar Madison Gollott, who both made a living from an industry that relied on seasonal harvests pulled from gulf waters.

Richard grew up in the industry and says the family did whatever was necessary to survive: “When I was younger, we did a little bit of everything to try and make it. We were in the oyster business in the wintertime and were in the crab business in the summertime, and the shrimp business, too. We had trucks going all throughout north Mississippi selling to restaurants and grocery stores.”

Although the generations of Gollott men worked the varying seafood seasons, the roots of Golden Gulf stem primarily from the oyster business. When Richard was still in school, he started working for his dad’s oyster company, and although it kept him busy and provided decent wages, at times the labor was more than strenuous. But, Richard didn’t mind because he was raised from a young age that this type of industry demands a tireless commitment.

“Everything was done by hand back then and I’ll never forget one Christmas, we had a load of oysters come in from Texas, and these sacks weighed about 130 pounds each and I had 400 sacks on this truck,” he says. “So, I got a couple of guys to come help me and after about thirty minutes, they looked at me and said, ‘We don’t have to work like this,’ and left. I had to unload the whole truck by myself on Christmas Eve, but that’s just part of the business. We grew up working, and yeah, it was hard work, but we didn’t mind hard work. You had to be dedicated because that’s how we made a living. That was everything.”

In 1969, he took his experience and knowledge and started Cap’n Gollott Seafood on Biloxi’s Back Bay, which at one time became the largest oyster dealer in the northern Gulf of Mexico.

However, as the business grew over the years, securing enough shuckers became a problem for the mass quantity of oysters coming into the plant: “I had about 10 to 15 shuckers and I needed maybe 100,” he says. “Traditionally, the ones who shucked oysters in Biloxi were all retired fishermen, and that’s what they would do when they got on social security. They would do this for extra money, but they were dying off and we just couldn’t get anyone to work.”

Based on a great need for reliable workers who were willing to endure backbreaking work, Richard took a daring risk that eventually led to his present day success as a thriving shrimp processor. In 1977, he ran into Stanley Pausina who employed a large number of Vietnamese shuckers in New Orleans that had emigrated from their homeland after the 1975 Communist takeover in South Vietnam.

Since Pausina did not work on the weekends, he offered to set it up where Richard could hire his employees for the weekends. Richard and his cousin rented a van and picked up some families to shuck oysters, but after a short time of consistent work from Cap’n Gollott Seafood, many of the Vietnamese refugees decided to move to Biloxi. One by one, Richard arranged housing for families and helped them get established on the coast. A few shuckers in the beginning turned into a 100, and the business was doing very well.

Richard says the growing number of coastal residents was a welcome surprise and also a natural segue into shrimping: “Next thing you know, I turned around and looked, and we had over 3,000 Vietnamese people in Biloxi. They were doing good and wanted to get into the shrimping business because that was the business they were in in Vietnam.”

The influx of fishermen created a win-win situation for Richard to venture into the shrimping business, and once again, he provided assistance by financing their fuel, ice, and other needs. When the eager shrimpers started to navigate the gulf, it caught the attention of National Geographic who ran an in-depth story in September 1981 about the journey and struggle of the refugee fishermen. Biloxi was the focal point of the story, and Richard was highlighted as playing a key role in helping them start a new life in Mississippi.

The blending of cultures on the coast wasn’t an easy transition, and there were many times when Richard operated as a mediator of understanding. A good example is one of his favorite stories. In 1984, he opened Golden Gulf, and due to the racial tension at the time, he had to divide his factory between the Vietnamese side and the American side. Around two o’clock in the afternoon, everyone on the American side had gone home except an older man who was struggling to finish shucking. What happened next gave hope that the tension would eventually subside and a factory divide would no longer be needed.

“This old fisherman was shucking oysters for me and everyday he would tell me ‘I hate those Vietnamese,’” he says. “I was standing there looking through the window, and this old Vietnamese woman was the last one there on her side, and she came around, stooped down, and started helping him shuck oysters. He looked up at me and it just took everything out of him. I stood there and smiled.”

Golden Gulf now functions solely as a shrimp processing plant, and Richard directly attributes that move to his strong connection with the Asian culture that helped him build the successful business.

Richard is now 70-years-old and counts himself very fortunate that his sister, brother, son, daughter-in-law, and grandson are all a viable part of the business today, and that the Gollott family name will carry on for many years to come.

His dedication to the industry is simply just a way of life: “My grandfather always said to teach a boy to work is the most important thing a father can do for his son,” and with a hearty laugh, he adds, “and my dad really believed in that, too!”

Scottish philosopher, Thomas Carlyle, once said, “He that can work is born to be king of something.” Last year, Richard was crowned with the coveted title of shrimp king, a Biloxi tradition that goes back to 1956 to honor men with a strong association in the seafood industry.

For one who has devoted his life to preserving and maintaining the Gollott family vocation, it’s a well-deserved recognition for a hardworking man that comes from a hardworking generational line of seafood heritage.