The Story of the Biggest Shrimp Ever Caught! 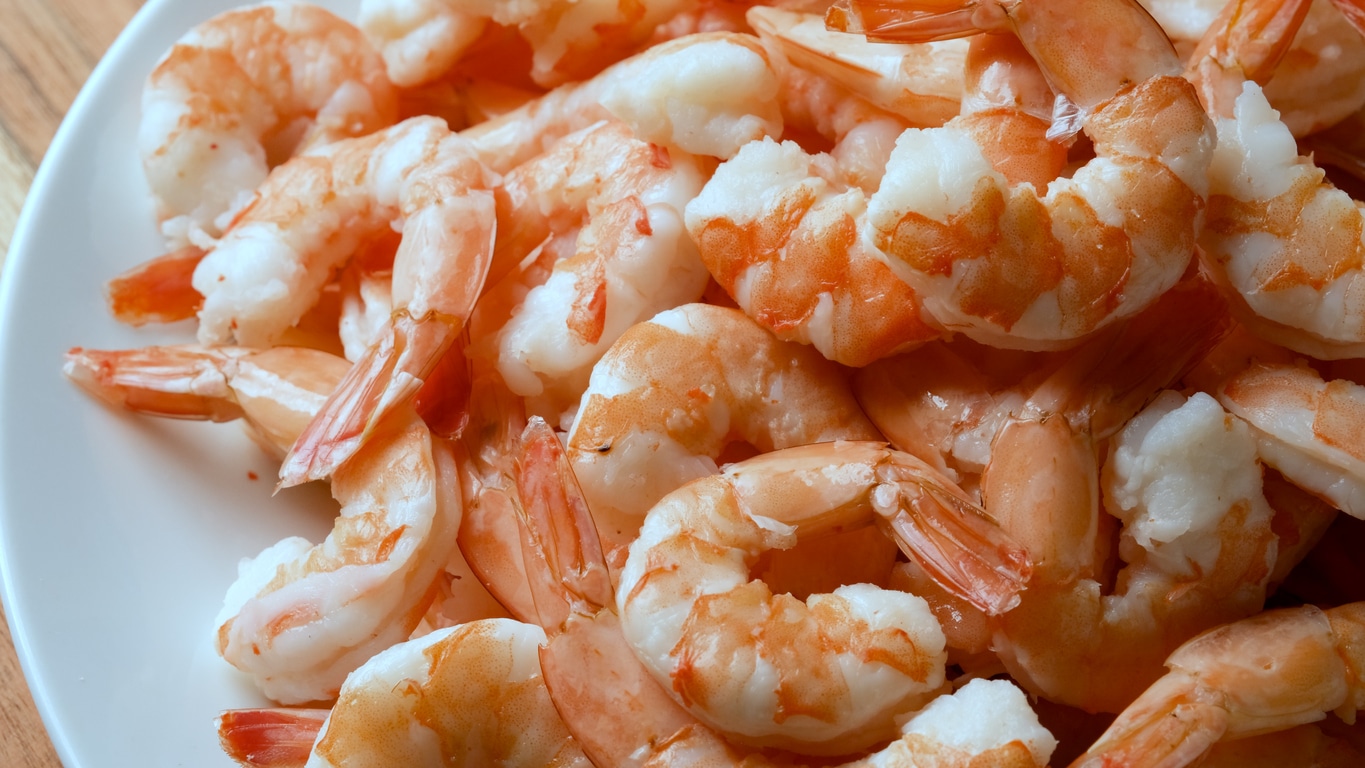 Did you know? Allegedly, the largest shrimp ever caught measured nearly 16 inches and was purchased for $800 by a Colombian biologist!

Here’s how the story goes. According to UnderwaterTimes.com, in the middle of April 2006 in Cartagena, Colombia — right on the coast of the Caribbean Sea — biologist Edilberto Flechas purchased what he claimed to be was the largest shrimp ever seen.

“This is the biggest species ever known here or even in literature,” said Flechas. “The size of this shrimp exceeds the average size. The average length is 21 centimeters and this one is 40 centimeters.”

The massive shrimp was a Black Tiger shrimp, a species of shrimp most commonly found throughout the continent of Asia, especially in countries like Thailand. Thus, Flechas noted it was unnatural that the shrimp was found in Colombian waters all the way on the other side of the earth. In fact, Flechas was worried about the potential implications of the foreign shrimp invading Colombian waters.

“The big difference, which could also be harmful for us, is that this species is a predator and it could end native species,” Flechas said.

Due to factors such as this, Flechas decided to keep the shrimp in order to study it further, despite receiving a multitude of tempting offers from individuals that desired to purchase the shrimp for themselves.

Unfortunately, like this “world’s largest shrimp,” Black Tiger shrimp are most commonly farmed throughout Asia with more lax regulations and are commonly injected with a range of veterinary drugs, including antibiotics, to prevent and treat bacterial conditions. For example, shrimp farms employ chemical agents to control viral, bacterial, fungal, and other pathogens, induce plankton growth, and to inoculate shrimp larvae. Along with antibiotics, imported shrimp test higher for growth hormones and steroids. This is to help artificially expand the size, vitality, and “quality” of their shrimp. These hormones have the potential to be absorbed into the human body, impacting our own body’s functions.

For these reasons and more, Wild American Shrimp always encourages smart shopping through label-reading and the purchasing of wild-caught American shrimp caught sustainably by American processors!

Visit our Shrimp Facts page for even more fun shrimp facts and go to the Buy Our Shrimp page to buy wild-caught American shrimp straight from our processors!