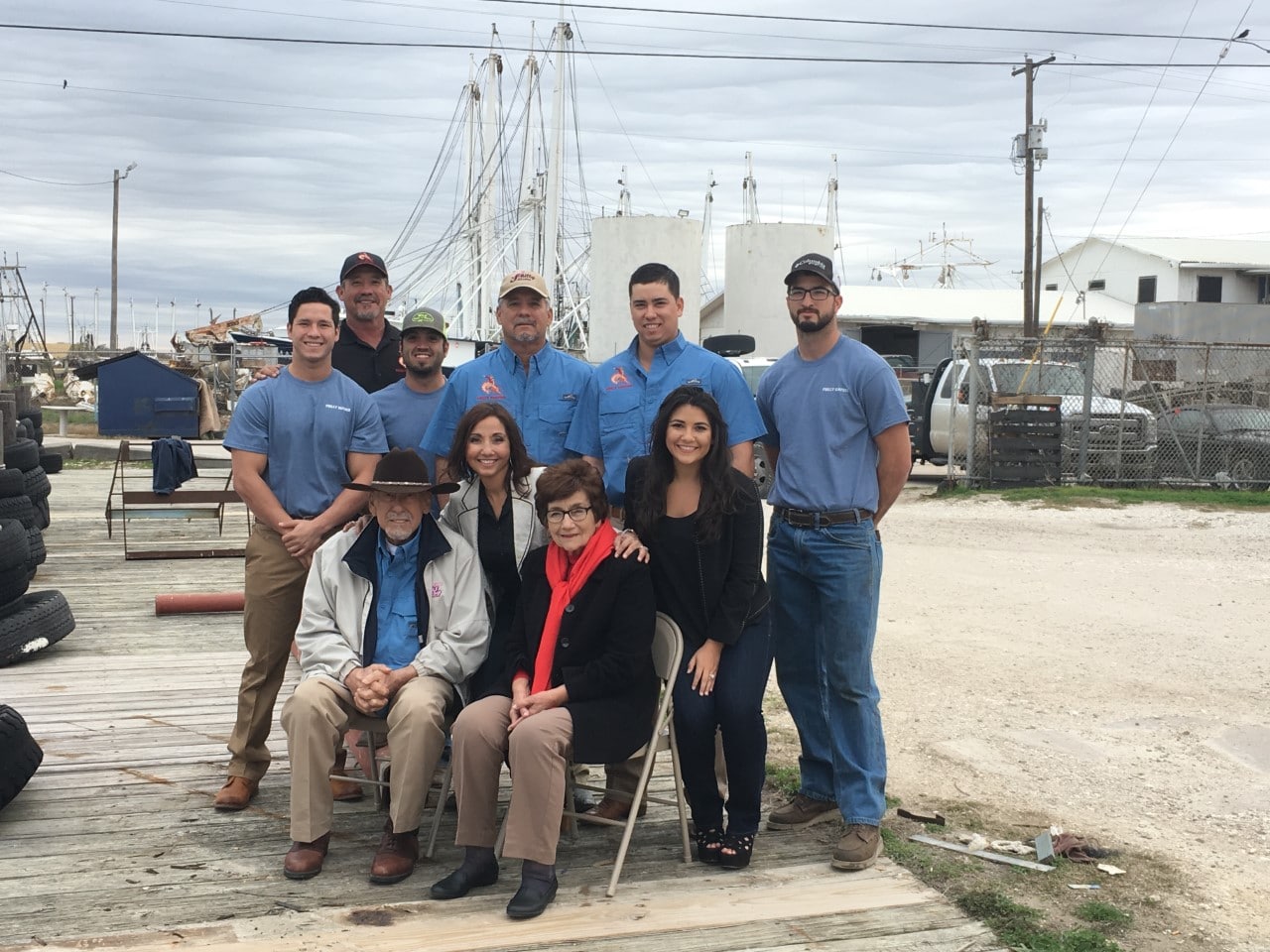 Founded in 2000 but with years of shrimping history before that, Philly Seafood Co. is family-owned and operated by the Garcias. The patriarch – Edward Garcia, Sr. – has been shrimping since he was a teenager and was the first Hispanic Gulf shrimp boat owner in Matagorda Bay, Texas. Today, with his daughter Regina running the company and four of his six sons currently operating as shrimpers themselves, Philly Seafood Co. has grown to become the largest shrimp family-owned fleet in all of the United States.

Multiple members of the extended Garcia family work within the company: Edward Garcia, Sr. and his wife Antonia, their six sons and one daughter, three nephews, and two nieces! Regina’s daughters started work for the company by selling shrimp with their mother out of her car. Her nephews work with her brothers as shrimpers, and even Edward at 90-years-old still works with them by managing his own boats to this day! While Philly Seafood Co. does not own any of its own boats, that family connection still runs through the business as Garcia brothers and cousins own and operate several of the dozens of boats that the company buys shrimp from.

As with all of our other association members, Philly Seafood Co. champions our core values of promoting wild-caught, American shrimp over farm-raised, imported shrimp and increasing overall consumer literacy over the differences between the two. Philly Seafood Co. believes in working with an educated buying audience and is willing to put in the work to educate them so that they know they are purchasing the best shrimp possible. And, of course, Philly Seafood Co. operates with sustainability in mind to ensure that with whatever shrimp their shrimping boats catch, that they are doing so in a way that will maintain the delicate underwater ecosystem today to ensure there are always healthy shrimp to catch tomorrow.

They have nothing but the utmost respect for their shrimpers and shrimpers all across the country, with Regina saying, “If you’re still shrimping, buying boats, or whatever else it may be, then you’re investing in a business of honest Americans who are proud of what they do!”

Want to learn more about Philly Seafood Co.? Be sure to visit their Member Page and website for more information!