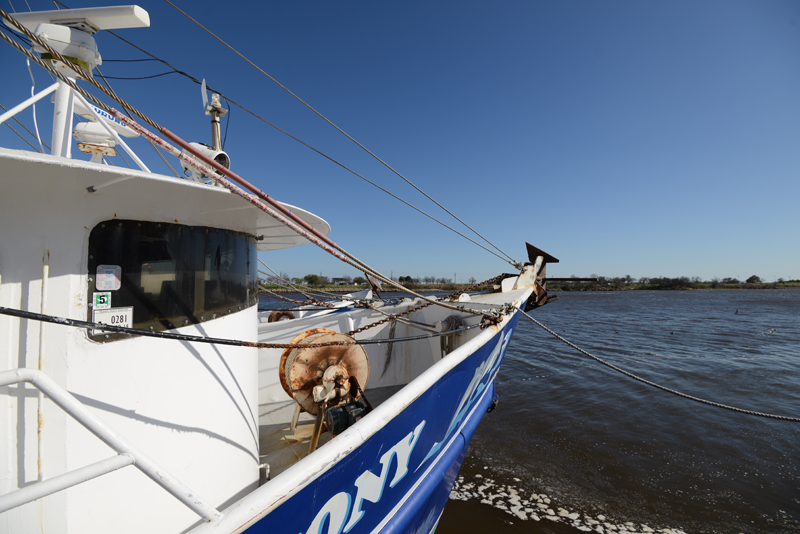 Jack Hemmenway is the owner and longstanding patriarch of JBS Packing Company, Inc. located in Port Arthur, Texas. A conversation with him is a one-of-a-kind experience. Jack has dedicated his life to the shrimp industry and the collection of stories he can tell will either make you laugh, cry, or just be incredibly thankful to live another day.

His piercing blue eyes speak with passion about a career that has provided well for his generational line. His white hair hidden underneath the JBS hat he proudly wears is a crown of wisdom gained from years of loyalty to the seafood business. His wrinkled hands portray a seasoned man who has weathered the ups and downs of a backbreaking industry.

Jack’s start in the business is a peculiarly funny tale. Shrimp were actually never in the future plans; it was all about mink. As a young boy growing up around marshes, that was his playground: “I caught a mink one day and I noticed her stomach was big and I brought her home and put her in a cage,” he says. “She had five babies and I got real interested and found out about domestic mink. There’s a lot to learn about raising mink and about breeding.”

Thanks to a couple of Frenchmen who taught Jack about the mink trade when he was around 14-years-old, those five babies turned into a farm of 3,000 mink by the time Jack was an adult and had a family of his own. Being a trapper and selling mink fur was a successful side business while he worked at an oil refinery for 17 years. When he worked graveyard or evening shifts, he would navigate the marshes with an airboat and run his steel traps during the day from Port Arthur to Galveston.

However, even though the fur brought in decent money, feeding the mass quantity of mink became a problem, so Jack became his own food supplier and bought a shrimp boat to catch enough fish for his farm. Jack says it was a good idea, but he never expected what would happen next: “I bought me a shrimp boat just to go out and catch fish to feed the mink, but I got to a point where I was making more money with the shrimp I was catching than I was with the mink,” he laughs. “I said to myself, ‘Now, Jack, you are doing something wrong here.’ So, I killed all the mink and bought me another shrimp boat!”

And just like that, Jack was now a full-time shrimper. For the next 20 years (1968-1988), his success fishing the gulf waters allowed him to build up his own large fleet of boats. All the while, his son, Brad, never left his dad’s side.