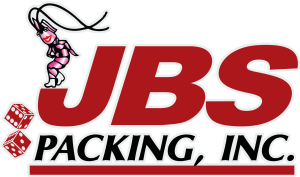 Jack Hemmenway is the owner and longstanding patriarch of JBS Packing Company, Inc. located in Port Arthur, Texas. A conversation with this 80-year-old man is a one-of-a-kind experience. Jack has dedicated his life to the shrimp industry and the collection of stories he can tell will either make you laugh, cry or just be incredibly thankful to live another day.

His piercing blue eyes speak with passion about a career that has provided well for his generational line. His white hair hidden underneath the JBS hat he proudly wears is a crown of wisdom gained from years of loyalty to the seafood business. His wrinkled hands portray a seasoned man who has weathered the ups and downs of a backbreaking industry.

Jack’s start in the business is a peculiarly funny tale. Shrimp were actually never in the future plans; it was all about mink. As a young boy growing up around marshes, that was his playground: “I caught a mink one day and I noticed her stomach was big and I brought her home and put her in a cage,” he says. “She had five babies and I got real interested and found out about domestic mink. There’s a lot to learn about raising mink and about breeding.”

Thanks to a couple of Frenchmen who taught Jack about the mink trade when he was around 14-years-old, those five babies turned into a farm of 3,000 mink by the time Jack was an adult and had a family of his own. Being a trapper and selling mink fur was a successful side business while he worked at an oil refinery for 17 years. When he worked graveyard or evening shifts, he would navigate the marshes with an airboat and run his steel traps during the day from Port Arthur to Galveston.

However, even though the fur brought in decent money, feeding the mass quantity of mink became a problem, so Jack became his own food supplier and bought a shrimp boat to catch enough fish for his farm. Jack says it was a good idea, but he never expected what would happen next: “I bought me a shrimp boat just to go out and catch fish to feed the mink, but I got to a point where I was making more money with the shrimp I was catching than I was with the mink,” he laughs. “I said to myself, ‘Now, Jack, you are doing something wrong here.’ So, I killed all the mink and bought me another shrimp boat!”

And just like that, Jack was now a full time shrimper. For the next 20 years (1968-1988), his success fishing the gulf waters allowed him to build up his own large fleet of boats. All the while, his son, Brad, never left his dad’s side.

Right around the time when Jack made the transition from trapping to shrimping, Brad returned home after serving in the military, and he told his son, “You ain’t a mink farmer no more; you’re a shrimp boat captain!” He put Brad on a boat, and father and son fished together for years before they eventually opened a seafood retail market called “Jack’s Shrimp House.” Along the way, they became friends with a man named Jimmy Stringfellow who owned an unloading dock in Mississippi and was hired to set up and run the processing plant.

Although Jack had never been involved in the processing side of the shrimp industry, he was interested in buying a plant to offer a higher standard of product to customers, and by 1988, JBS — Jack, Brad, Stringfellow — was founded. Not having a background in processing invited its fair share of trials and tribulations, but learning the trade the hard way, and also pulling in quality team members with substantial industry knowledge like the company’s 25-year CFO, Mark Leckich, allowed JBS to become one of the industry leaders.

“We have made a conscious effort to try and do things to the highest standard, and that’s something we have really stood by,” says Trey Pearson, general manager for the last seven years. “There have been some growing pains, but now we can see the fruits of our labor.”

Some of those pains hit particularly hard. In 1999, the plant caught on fire and was reduced to a slab. After rebuilding, Hurricane Rita in 2005 and Hurricane Ike in 2008 both caused extensive damage, but yet again, JBS came back. Nothing, however, prepared the company for the tremendous loss of Brad when he was diagnosed with cancer and passed away within six months the same year Ike hit.

Jack still tears up when talking about his beloved son and the influence he had on people and the journey of JBS: “Me and him was partners, and he was a kid when we began working together,” Jack says. “He only worked for me his whole life and we were partners in this business until he passed away.”

Trey is married to Brad’s daughter and credits his late father-in-law for being the one who convinced him to make a radical career change from the medical field to processing: “He is the reason some of us are here,” he says. “He was easy going and never had an enemy in the world. The loss was significant. He was a hard worker and he gave this company the opportunity to move into the future.”

Brad’s passion and innovation helped create a path of excellence for JBS. The team, which also includes his two sons, Ryan Hemmenway, 35, and Blake Hemmenway, 30, has moved forward with a resilient attitude that honors the work Brad sowed into the company for 20 years.

The logo for JBS Packing Company is rather unique — a lively shrimp rolling a pair of red dice. According to Jack, there’s a simple explanation: “We gamble in the shrimp business every day.”

This industry certainly poses challenges for any processor, but JBS has taken steps to create a win-win situation when it comes to the 125,000 pounds of shrimp they process every day during season. As far as traceability is concerned, Trey says there are “fool proof” measures in place to ensure everything that comes in and goes out is documented extensively, especially given JBS is a HACCP plant, Grade A facility, and EU-certified for export overseas.

“In less than thirty minutes, I can go back and tell you how many pounds we made that day, where it came from, what day it was unloaded, what area of the Gulf of Mexico is was caught, how many pounds shipped out, where it went, and how much is still in inventory,” Trey says. “Every morning I sign between 35 and 45 pieces of paperwork that consist of checks and balances from every different area that is signed off by supervisors.”

JBS has an impeccable track record of high marks from inspections conducted by the FDA and USDC, as well as the State of Texas. This year the company began producing a full Grade A retail pack with 100 percent oversight by the USDC during production of the product, along with a full time USDC lot inspection program.

To maintain the heavy demand from the retail sector, JBS operates with state-of-the-art equipment and technology that allows the company to specialize in custom packing. Bags can be broken down into any retail denomination, and the four printers on their IQF line can print on the front and back of each bag.

“We have multiple specialists with a combined 50 years of experience who can help retail customers set up a domestic shrimp program that is very strong and dependable with a 100 percent guarantee on our product,” Trey says. “We can work with any retailer for the customization of a bag, and we have one of the largest IQF systems in the industry. We’re capable of doing 5-pound bags at a pace of 8,500 to 9,000 pounds per hour, and 1-pound bags at 5,500 to 6,000 pounds per hour.”

Trey says being a third generation company with a team of family members and long-term employees is a great strength which contributes to the success of JBS: “We don’t have a high turnover in our personnel, and that gives us a high continuity to do what we need to do,” he says. “We have multiple people who have come out of multiple fields, work and educational backgrounds that have made a conscious decision to be a part of this company, and dedicate their livelihoods and futures to making this work.”

In the meantime, Jack is confident in his team and is proud of the reputation for quality, reliability and consistency that JBS has garnered over the years. Although he may not be as active in the day-to-day operations of processing as he once was, his presence and wisdom are still a valuable asset to the company, and he has no plans to stop his regular visits any time soon. As one who has always worked two jobs, Jack now also enjoys ranching, but he jokingly smiles when he says he still goes to the plant “to keep an eye on the grandkids.”