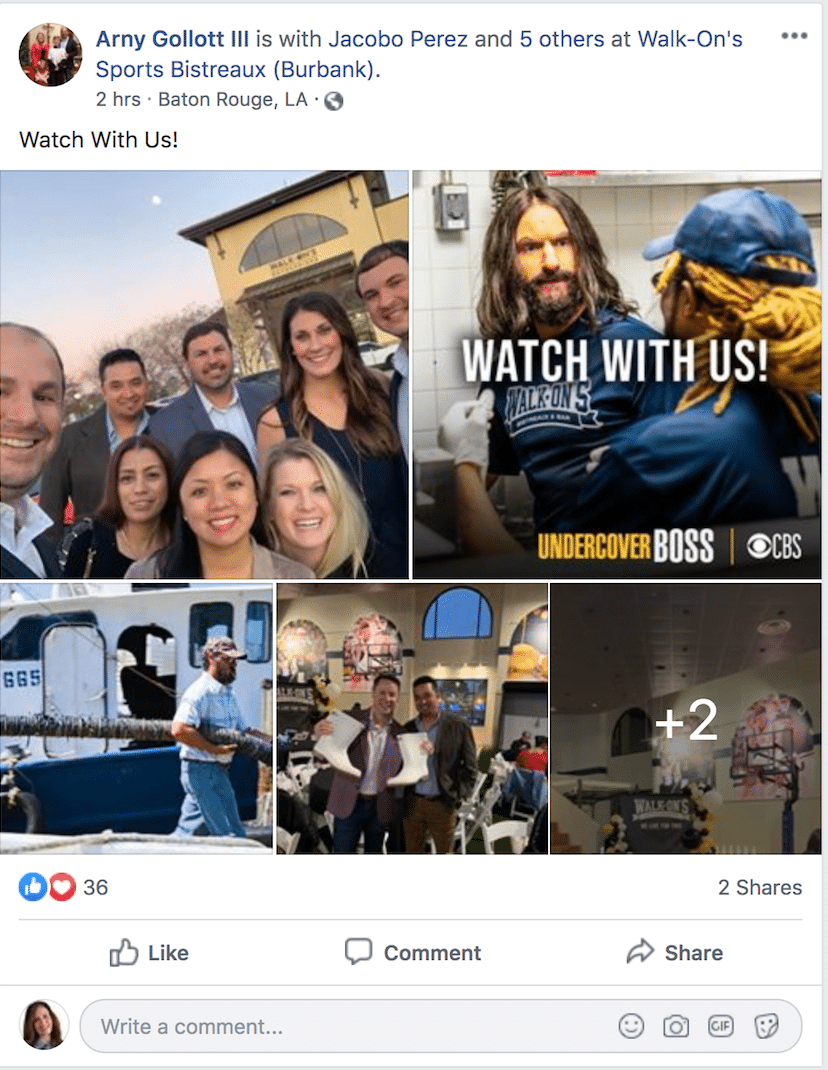 Wild American Shrimp got some love on Undercover Boss tonight when our member processor C.F. Gollott & Son Seafood, Inc and their great employee Mike had a cameo alongside the boss himself. New Orleans Saints quarterback Drew Brees. Brees, who became a co-owner of Walk-ons Bistreaux & Bar in 2015, went undercover along with founder, co-owner and CEO Brandon Landry to help the restaurant continue to improve as it undergoes rapid expansion.

“We are honored to be part of the Walk-ons Team,” said Arny Gollott, III, President and Co-owner of C.F. Gollott & Son and one of many of the 4th generation of the business. “Brandon, Drew, and their extended family offer the country the best dining experience with their Taste of Louisiana food! “We are especially thankful and proud to have such an All-Star employee, Mike, represent us on the show! None of it would be possible without the best product in the world, Wild American Shrimp!”

A look at Arny III’s Facebook page (screen shots below) indicates that it was a great experience for all. Congrats from all of us at Wild American Shrimp! We appreciate the great work you do. We hope this means a lot more Americans will taste and get to know how wonderful our shrimp really are!

The show featured a transformed Drew Brees, and according to CBS Sports, Brees himself was surprised at his undercover transformation, saying, “How did I just become Mathew McConaughey?”

And we must say, he did look a lot like him!