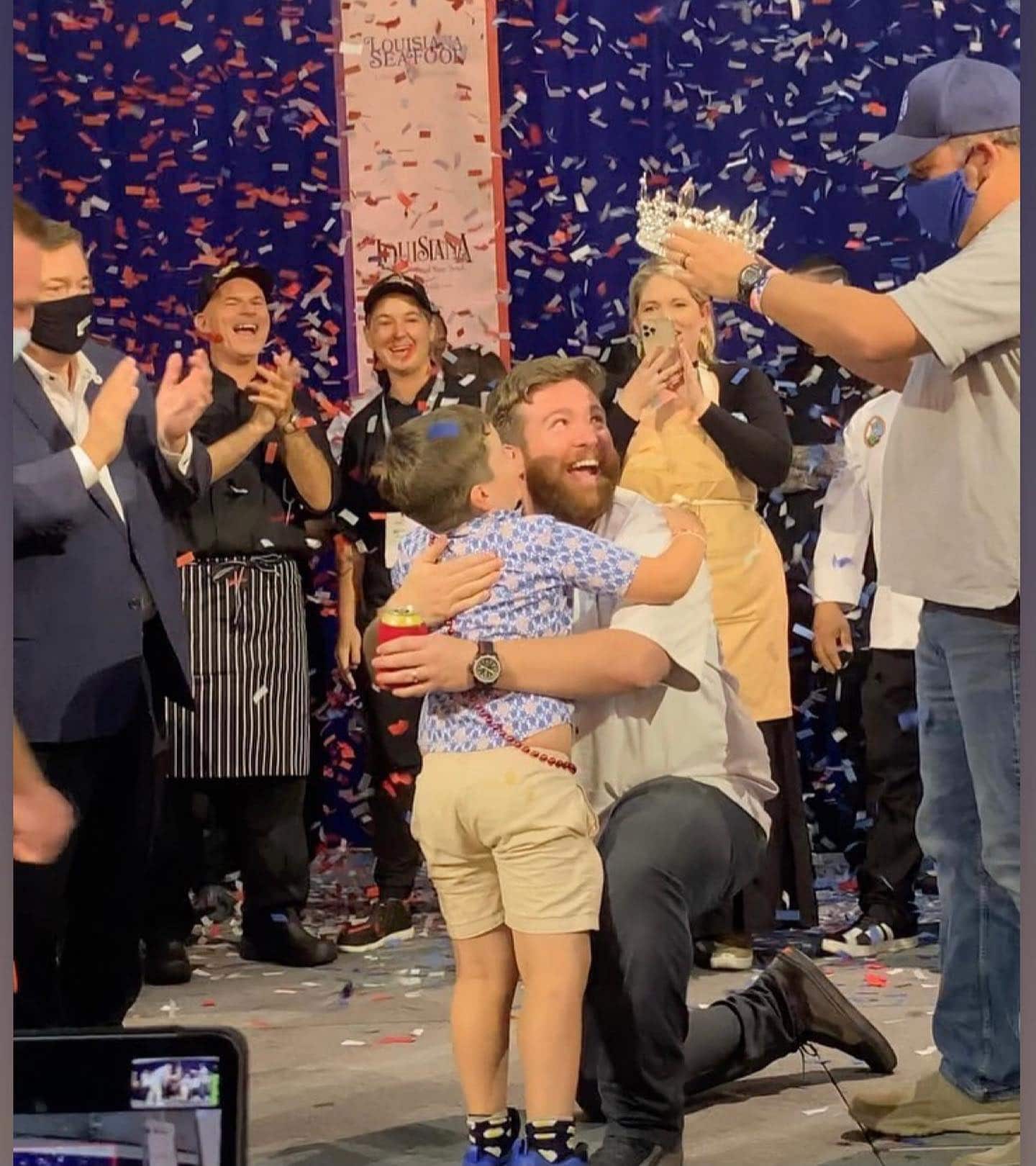 Wild American Shrimp Chef Advocate Austin Sumrall — Chef and Owner of White Pillars in Biloxi, Mississippi — was crowned this past weekend on Aug. 7, 2021 as the winner of the 2021 Great American Seafood Cook-Off!

Chef Austin entered the competition for the first time to represent the state of Mississippi as one of 13 chefs from across the country and Guam competing to win the title of America’s new King of Seafood. As the winner of the 17th annual competition, Sumrall will travel all over the country and abroad to promote the delicious flavor of United States seafood.

Chefs cook before a live audience and present their dishes to a panel of six national judges of notable acclaim who score their food based on composition, craftsmanship, creativity, flavor, presentation and more. Chef Austin’s winning meal was a snapper three-way dish: including a snapper crudo, New Orleans BBQ-snapper ribs and Snapper jowl pho. 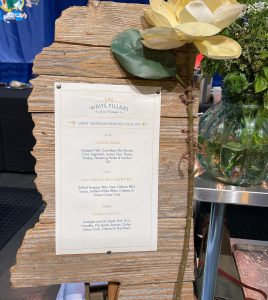 In a video for WXXV, Sumrall said, “Completely blown away, speechless for sure, incredible chefs here, a lot of people that I really, really respect. We’re just happy to be competing. We did come to win and we’re excited that we did!”

In another video for WLOX, Chef Austin broke down the competition.

“We were chosen to represent Mississippi,” he began. “There were a bunch of really well-respected chefs, a bunch of people that I respect personally, that we were going up against, and we decided to go big or go home and that paid off for us.”

Sumrall here refers to his particularly challenging three-part dish prepared within only an hour for the competition when only one dish was required.

“We came right down to the wire to finish it up, but we were playing until the absolute last second that we had. It’s one of those things where you don’t want to play it safe, we weren’t going for second place, we went over there with the intention to win.”

When asked why it was so important for Austin to win and come home with the crown for the Mississippi Gulf Coast, he had this to say, “Here at White Pillars, obviously we have a very seafood-focused restaurant, being right across from the water. We felt like we were especially prepared to go and represent Mississippi and try to take home the seafood crown just because that’s what we do every day: we try to prepare the best seafood we can. To support and represent Mississippi was awesome.”