Why Are Flamingos Pink and What Does It Have to Do With Shrimp? 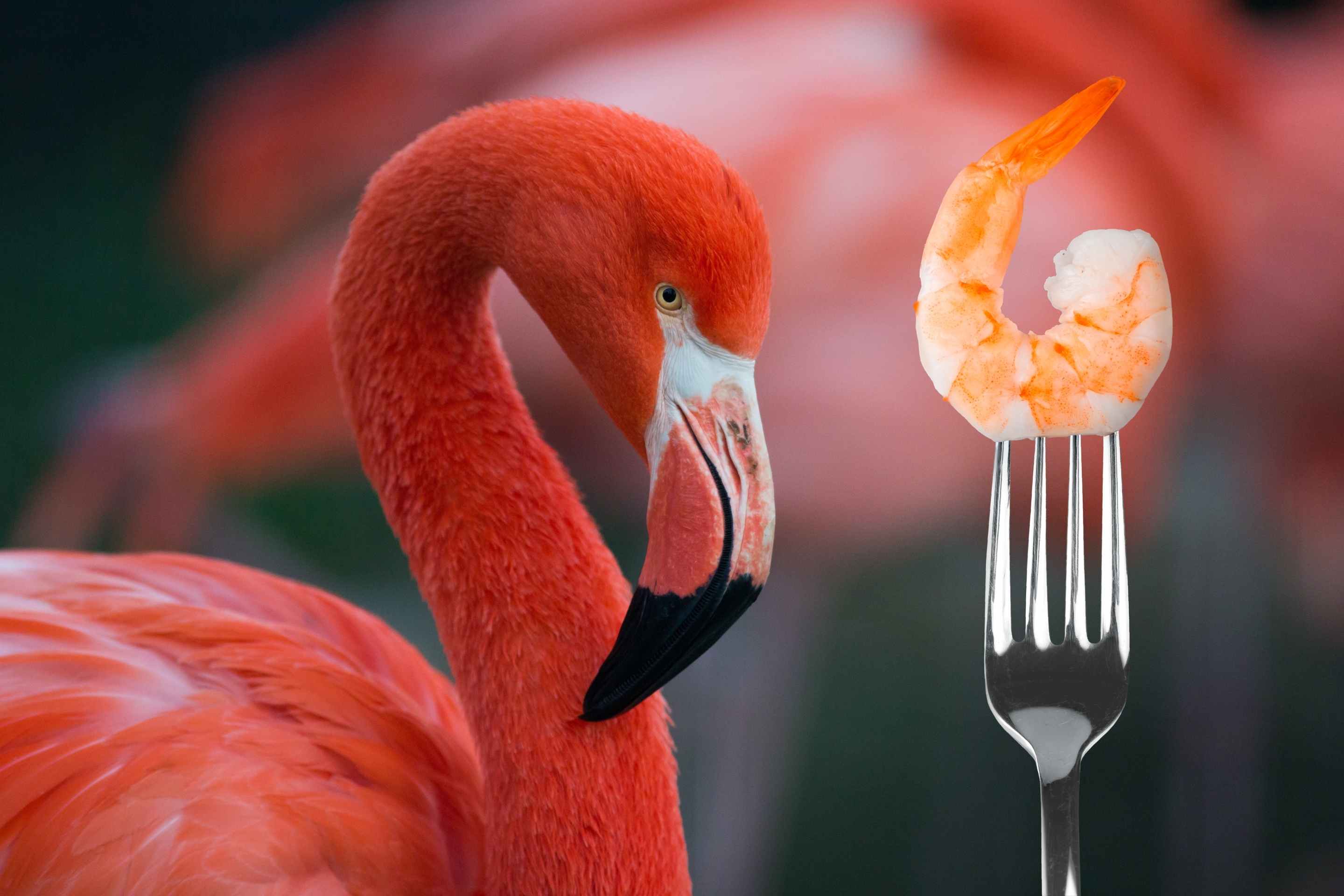 The flamingo: an exotic bird perhaps most well-known for its distinct pink color. Because of this unique technicolor trait, flamingos are flocked to by adoring audiences at zoos, aquariums, and more. While it’s true that flamingos are near-synonymous with the color pink, have you ever wondered why flamingos are pink? Especially when so many other animals aren’t? After all, being pink is what makes flamingos so special: so why are they pink in the first place? Believe it or not, it has to do with shrimp!

See, when flamingos are born, they are actually colored more gray-to-white, similar to baby swans or ducklings. When it comes to flamingos, you are what you eat, as their specific diet from infancy to maturity is actually what causes their feathers to turn from gray to pink. It all comes from a chemical known as beta carotene, a reddish/orange pigment that is broken down from the carotene in the digestive systems of flamingos, eventually being absorbed by the body’s fats which leads to pink feathers.

However, this side effect is only possible for creatures that consume massive amounts of carotenoid-filled foods: for example, carrots also contain carotenoids, but our skin doesn’t turn orange when we eat them because we would have to consume huge quantities of them over an extended period of time. So, what do flamingos eat so much of that causes them to absorb so much carotene?

You’ve probably already guessed it by now, but yes, the answer is shrimp! Brine shrimp to be specific, along with larvae and algae. Since flamingos’ diets consist almost solely of these foods found in their native wetlands, the end result is their feathers turning pink due to the absorption of so much carotene!

So, the next time you see a flamingo, know that they’re eating delicious and healthy wild shrimp – and you should be too!

Visit our Blog section for even more blog posts on a variety of shrimp topics!