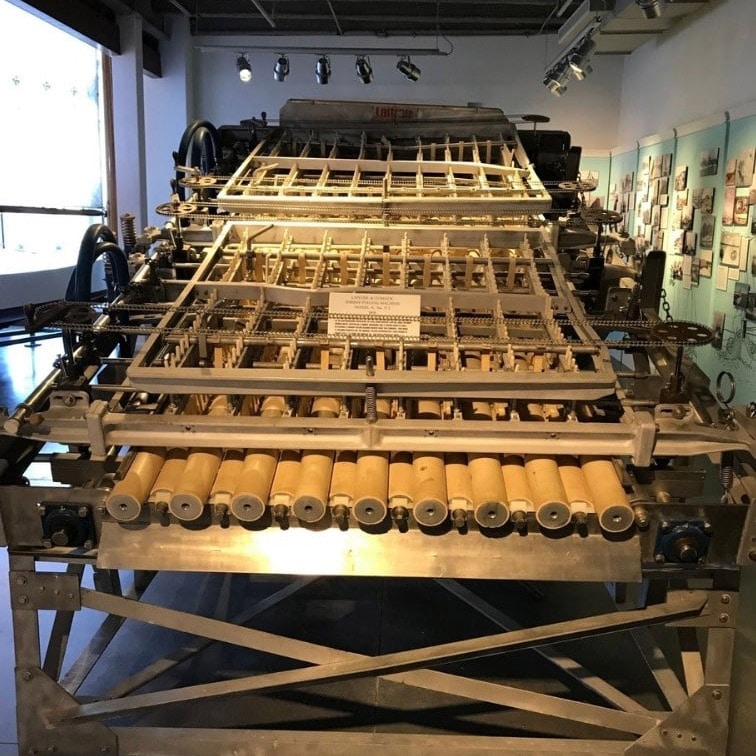 The shrimp processing industry has a long and storied history, lined with a multitude of different innovations that have propelled the industry further and further forward to optimize the production of shrimp for the shrimp lovers of the world. Few inventions in the field have had a greater impact on both the Gulf Coast shrimping industry and the industry worldwide than the Lapeyre Shrimp Peeling Machine.

It all began in 1949 when sixteen-year-old James Martial Lapeyre from Houma, Louisiana had received a challenge from his father, a shrimp plant owner, to design an automated shrimp peeler. An incredibly inventive and creative young man, James’s mental gears began turning one day when he stepped on a shrimp with his rubber boot and found that the meat had been cleanly shot out of it.

“I got my original idea, believe it or not, in church… When I was supposed to be praying, I was thinking about how to get the shrimp out of the shell… And so, when I got down to the plant the next time, I began to step just to the side of the shrimp with my rubber boots to see if I could in fact squeeze the shell from the meat. And… it worked.”

James ran with this idea and began augmenting his mother’s washing machine with rubber rollers. Using running water and mechanical pressure to feed shrimp into, he discovered the machine’s “inch and release” effect didn’t damage the shrimp, but cleanly separated the meat from them: the first prototype of the Lapeyre Shrimp Peeling Machine was born, and the rest is history.

Each machine is able to individually peel approximately 1,000 pounds of shrimp an hour, with the batches being anywhere from 10 to 200 count of shrimp per pound. For comparison, hand-peeling the same amount would take up to 150 experienced shrimp peelers. The peeling machine’s design was so successful, modern-day Model A Automatic Shrimp Peelers from Laitram Machinery Inc. (founded by none other than J.M. Lapeyre himself) are virtually identical to the first Lapeyre Shrimp Peeling Machines from 1949!

This single change to the process impacted not only how quickly shrimp could be peeled and how much could be sold, but also the very economy of shrimp itself. See, processors began noticing that shrimp peeled with the Lapeyre Shrimp Peeling Machine had a significantly larger yield of shrimp per barrel than through hand-peeling, the reason being that the machine actually recovered 5 – 10% more meat from the head and tail-ends of the shrimp than could be maintained through hand-peeling. With this leading to overall lower processing costs, shrimp could then be sold for a lower price to a larger market. This helped expand shrimp processing from a local operation to a global one: all through the work of one miraculous invention.

A perfectly maintained Model A Lapeyre Shrimp Peeling Machine is currently on display in the Maritime & Seafood Industry Museum in Biloxi, Mississippi (seen above): special thanks to them for the video below as well!

For more interesting pieces of shrimp history, visit our History page! To order wild-caught American shrimp to be shipped anywhere in the country, click HERE!