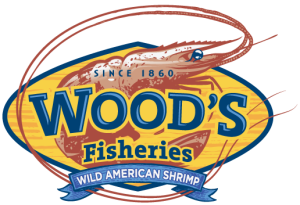 The Wood family has been fishing in the sleepy Gulf Coast town of Port St. Joe, Florida since 1860. When it comes to seafood, the Woods have done it all. They caught mullet to make oil and hopped on board a shrimp boat soon after diesel engines became available.

Although Wood’s Fisheries is a fifth generation company, they are by no means old in their ways. Wood’s prides itself in being progressive leaders in the industry, and they have a history of embracing new technology, techniques and trends. Change is a word well-known to Edward Wood, president of Wood’s Fisheries, especially coming from a family full of entrepreneurs.

In the late 1800’s Edward’s great grandfather started catching fish in Port St. Joe, home to Wood’s Fisheries today. The facility is located on the mainland shore of Saint Joseph Bay, at the bay entrance to the Intracoastal Waterway. Saint Joseph Bay is historically known for being a safe harbor during stormy weather and abundant fishing grounds.

The Wood family decided in the late ‘50s to try their hand at shrimping. The adventure began when M.C. Wood and Edward E. Wood Sr., also known as Buddy, bought a boat and set sail to catch fresh shrimp. It wasn’t long before they were catching more shrimp than they knew what to do with.

M.C. and Buddy would sit on the side of Highway 98 in the scorching summer sun for hours waiting for trucks to stop and buy their product. They couldn’t afford long distance phone calls at the time, so if they missed the trucks the shrimp would spoil and they wouldn’t make any profit for the day. Most days they would be so exhausted from shrimping through the night that they would doze off waiting for the trucks to arrive. Catching as much as their small boat could hold, they would bring the shrimp back to Port St. Joe to package, sweat and wait.

Things were about to change for the Wood family. In the late ‘60s, a woman by the name of Ruth Corbit from Florida Seafood in Jacksonville stopped by to chat with them about increasing their profit. Ruth explained how they could go from making 2 cents to over 30 cents a pound if they would freeze their shrimp in 5 pound boxes. A business relationship quickly formed with Ruth, and in no time the Woods had a dozen boats and two buildings.

In 1973, M.C. and Buddy incorporated the business and moved the facility to where Wood’s Fisheries is located today. Edward remembers wanting to play on the “ferris wheel” that the nylon nets were hung out to dry on as a child. His grandfather would hang the wet net on the old dry wheel and Edward dreamed of grabbing the net and holding on for the ride.

After venturing off to college for a few years, he eventually found his way back home to the family business in 1996. As soon as he returned home, Buddy put Edward to work doing marketing and sales for the business. He quickly formed new ideas and suggestions to market Wood’s more effectively.

In 2006, Edward and his brother-in-law Mark Godwin decided to start a USA Farm-Raised Shrimp operation on five acres in northwest Florida. The production quickly grew to 25 acres allowing Wood’s to become one of the country’s premier production facilities. The farm is Green-Rated and has expanded to over 150 acres of production to date with more than 220,000 pounds of pond-raised shrimp produced each year.

Water from the 12 ponds is recycled, never escaping into the local eco-system. The company has devised a sustainable system that recaptures nutrients from both the water and shrimp, which has increased the local duck population.

Wood’s Fisheries has a wide variety of shrimp in their line, allowing them to operate year round. From Wild American White Shrimp to Key West Pinks, Brown Shrimp and Royal Reds and the Wood’s Wild Premium Brand.

With a mission to deliver the world’s tastiest shrimp, Wood’s is committed to bringing to their customers a premium product. Woods currently works with 110 offshore freezer boats fishing the entire Gulf, as well.

This initiative takes commitment from the fishing vessels through distribution. Wood’s has partner docks along the East Coast and in every state on the Gulf Coast that pay more to harvesters willing to abide by their strict traceability, sustainability and quality standards; including providing links all the way back to electronic trip tickets.

Reese Antley, vice president of operations, says that they identified traceability – being able to provide their customers information on where they shrimp came from– as something they needed to do before most of their customers even asked.
As new requirements or consumer needs have emerged, rather than saying they can’t do it, Wood’s wants to be a leader in meeting those requirements.

In fact, Reese went on a road trip in support of the Trace Register team (the technology behind Gulf Seafood Trace) because Wood’s believes in it so strongly. With several years of experience under their belt, they have credibility to speak about the benefits as well as how to handle the challenges of traceability.

He adds that Wood’s is not afraid to be transparent. “There is such a big market for us all. With our Wild American Shrimp being the best-tasting, yet only holding 10-15 percent of the market, there’s room for us all to convert buyers of other shrimp and all succeed. “

“We are embracing traceability and sustainability and want to help set the benchmark that may become federal regulation one day,” Reese says. “You can fight change and new trends all day or you can embrace them and come up with solutions. And the only way for our industry to survive is for us all to work together on the things that will improve our fishery.”

Wood’s has also taken the lead in another area – that of delivering a “chemical-free,” shell-on shrimp, which means the shrimp are processed without the use of sodium bi-sulfite, a very commonly used chemical in the food industry in general that is the same chemical used, for example, to keep fruit from turning brown on the outside prematurely while the fruit inside is still good. Their customers, which are primarily retail customers, have been asking for chemical-free shrimp because their customers have been asking. These shrimp are marketed as the Wood’s Premium line for the specialty organic market segment.

The company’s goal is to listen to their customers and to help change the perception of domestic shrimp by providing consumers with customer-friendly information about the products they are buying. Edward Wood and his wife will be parents soon to a sixth generation, and they are committed to doing what they feel will be necessary to keep the company, and the industry, going for this next generation and beyond.