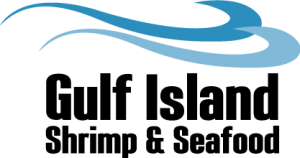 Gulf Island Shrimp in Dulac, Louisiana, is comprised of two plants — Scottco and SeaTang — located right across the bayou from each other in Terrebonne Parish. In the shrimp industry, many processors come from a multi-generation, hands-on background, but that isn’t the case for Gulf Island. Although not a family-owned operation, that has never hindered their reputation for a quality product.

Why? Simple. It’s because of the people in the plants who are committed to a standard of excellence. The quality of the product exists because of the character of its workers. The success of Gulf Island is due to the long-term employees who stem from a rich lineage embedded in the foundation of this seafood town and others — a special blend of people that faithfully and proudly bring their piece of heritage to work every day. The industry-laced resumés from just a handful of the key employees strengthen the company cornerstone with more than 300 years of experience.

David Graham, general manager, started working for the company in 2011, but has been involved in the industry since he was 12-years-old with many memories of “dumping shrimp boxes” from docks right off the Pascagoula River in Mississippi. Even his birth certificate reflects his heritage: right under his father’s occupation, “shrimp business” is listed. His dad was a fisherman and also went to school to be an engineer, a pairing that benefited him well:

“He started by buying a boat and then ended up with a small fleet of boats before he eventually built a processing plant in Mississippi,” David, also an engineer, says. “He went from one shrimp boat to being a major seafood company. In the course of his business career, he also had a shipyard and built more than 150 steel boats. His career was very creative and dynamic.”

Ricardo Carrere is the plant manager for Scottco, and his career began at age five when he started riding on his father’s boat: “I wasn’t strong enough to help him ice the shrimp, but I could help pick the shrimp and sort through it,” he says. “He’d pay me 25 cents to do a bushel of shrimp.”

Ricardo started working at the SeaTang plant when he was 17 and has done everything from shoveling shrimp to packing prior to becoming a supervisor: “When I started at SeaTang, I was getting paid minimum wage, which was $2.25 an hour,” he says. “I was still in high school and would ride the bus to the plant, work sometimes until about midnight, go home, sleep a little, go to school and then go back to the plant. I learned all about the industry from scratch.”

One of Ricardo’s employees is Antoine “Poncho” Billiot a vibrant man who is considered a master artisan when it comes to his knowledge and precise understanding of how to operate shrimp peeling machines. After all, he’s been in the industry for over 75 years.

Poncho grew up on fishing vessels and has been with the company since 1991. He is a man of few words, never complains, and always has a smile on his face: “I like my job,” he says. “This company is good. When you work here, you feel welcome.”

Perhaps some of the most unique employees at Gulf Island are the Pallagrin sisters: Mary runs the grader and handles packing, Annie works the scales and Doris handles quality control. These ladies are full of life, full of gumption, and full of stories that will make you laugh for hours.

Mary and Annie have been at the plant for over 45 years and started with a minimum wage of $1.65 an hour. Their Cajun French accent is distinct and they can still speak the language fluently. They also are single, have no children, and all still live together in the family home they grew up in, which is only a mile down the road from the SeaTang plant.

The sisters admit they are married to the shrimp industry. For them, it’s a happy life, and they like it just the way it is: “The Pallagrin name has always been shrimp,” Annie says. “Daddy was a fisherman and he ran crew boats for years.”

With a family of 11 siblings, it wasn’t uncommon to start working at an early age, whether that was “popping” shrimp heads at a local plant, or helping out at the family grocery store, which Doris ran for 39 years before joining her sisters at Gulf Island.

Their brother, Elye, also works at SeaTang as plant manager. He smiles when talking about how close his sisters are: “You never see them apart,” he says. “Whatever they do, wherever they go, they always do it together.”

Of course, after working with shrimp all their lives, it begs the question: do the siblings ever get tired of eating shrimp? “No way,” Annie says. “We can eat some right now!” Mary adds: “I’d rather eat shrimp than steak!”

David says the Pallagrins “are as dependable as the sunrise.” He is proud of all his employees at both plants — a combined lineage of seafood history with enough wisdom, knowledge and insight to fill novel after novel of shrimp tales.

For Mark Abraham and Larry Avery, managing partners of Gulf Island Shrimp & Seafood, the parent company of the processing operation, the employees were a significant selling point when they decided to venture into the shrimp business and buy the two plants: Scottco in 1999 and SeaTang in 2000. The names of the plants are in honor of the original owners who were born and raised in Dulac.

“Larry and I did not come from a shrimp background, and when we decided to get into the shrimp business, it was imperative that the company have the right personnel and the right people who could carry the business forward because we were not experts in the seafood business,” Mark says. “We felt very comfortable that the people who had been there a long time were an integral part of the company and would continue to be there a long time. We felt that with their performance and their track record, we could operate this company, and they could teach us things, and we could teach them things. We decided to get into the shrimp business because of them.”

Prior to acquiring the processing plants, Mark and Larry operated a successful Cajun food company, and by 2005, they had merged the processing and food entities to form Gulf Island Shrimp & Seafood. For a business that specializes in marketing Cajun food products, two shrimp processing plants could only benefit the value-added sector of the company, which is marketed under the brand Big Easy Foods of Louisiana. The company has corporate offices and a USDA manufacturing plant in Lake Charles, Louisiana.

Big Easy Foods not only gives national consumers a taste of Cajun cuisine, but it also enables customers to buy wild-caught domestic shrimp in 1- to 5-pound retail bags thanks to the state-of-the-art Individually Quick Freeze system set up at SeaTang, an SQF-certified plant.

“Ninety percent of all our retail shrimp are in IQF bags,” Mark says. “Our IQF machines can do 2,500 pounds an hour and we can freeze 30,000 pounds a day. We sell the bags to grocery stores so consumers can easily grab shrimp, pull out what they need, and put them back in the freezer. It’s very convenient.”

Currently, only IQF raw shrimp are available, but this year, the company also will be offering IQF cooked shrimp through a “cool steam” cooker and a “waterfall” chiller — a new piece of cutting-edge equipment that will serve as the first prototype ever to be installed in a processing plant.

Aside from the standard country of origin label on all packaging, one unique attribute that will be added to retail bags this year is a QR code, a traceability measure that tells consumers where their shrimp came from. Customers can scan the code with their smartphone and it will show where the shrimp were caught, processed, and how they got to the store — a lifeline of where it started and where it ended.

This system ensures customers are receiving a quality product. Gulf Island not only buys from the fishermen at their plant dock, but also at docks from Florida through South Texas so the freshest, highest quality brown and white shrimp are processed.

Although the company’s primary customer base is 15,000 to 20,000 grocery stores that carry value-added items, IQF shrimp and/or block frozen shrimp, Big Easy products also go to the foodservice industry and to distributors based in Louisiana, California and Texas. It’s a “combination of selling directly to retail supermarkets and also selling to distributors that service the retail grocery market.”

Mark says the company’s strengths reside in its strong national sales team and innovative thinking that always looks for ways to add new products to the market.

So, has Dulac been a good fit for Mark and Larry?

“We knew we had arrived when the first plant we bought was on a street named ‘Shrimper’s Row,’” Mark says. “We just felt we were in the heart of the shrimp business, and it’s the people who work at both of our plants who make Big Easy Foods a national company.”