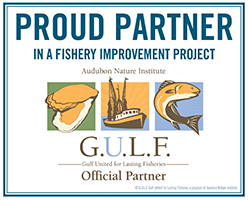 The history of Bayou Shrimp Processors located in Delcambre, Louisiana, is a rich novel that draws upon a seafood heritage dating back to multiple generations. Although a handful of owners have come and gone over the years since the plant was built in 1995, the operation is full of valued long-term employees who embrace the shrimp industry with an unparalleled measure of loyalty.

When brothers-in-law Shep Baumer, president, and Kory Eschlard, vice president, bought the plant in 2005, they were not only attracted to the convenience of it being centrally positioned on the Gulf of Mexico, the key selling point for them was the workers already in place who carried a genuine appreciation for the town’s seafood legacy.

“We have some older women that work here and all their sons are shrimpers, so they know what’s involved in this line of work,” Kory says. “They care about quality and they know what it takes to make quality happen.”

Shep says when scouting plant locations for purchase, they were attracted to the area because of the work ethic already firmly established: “These people are the salt of the earth,” he says. “Most of the people that work here grew up in this shrimping town, and they take a lot of pride in everything they do. The shrimp packers want to pack shrimp better than anyone else. The people that are picking pieces out of the shrimp want to pick pieces better than anyone else. They take pride in every aspect of their job, and that reflects in their work.”

The commitment is impressive as most of Bayou Shrimp’s full time employees each have nearly 20 years of loyal service. Roland Esponge has worked for the company as physical plant manager for 19 years, but he also helped the original owners design and build the plant in 1995.

Roland, 67, grew up in Delcambre (pronounced Del-come), and he is a wealth of knowledge when it comes to all the history of the industry. The lineage of fishermen, including his father, who navigated Bayou Carlin in a town perfectly nestled in the Cajun heartland of the state, has secured a strong reputation of abundant shrimp harvests for decades. And Roland can tell you all about it.

He has watched the industry transition significantly over the years from eight plants down to two or three, but he remembers every detail, especially since he accompanied his father on fishing trips and helped worked his family’s dock. Roland can tell you where the old ice house used to be, where every dock operation was located, how plants have come and gone, who was involved in the industry, where certain boats were tied up on the water, and can even point out where all the bars used to be that past fishermen once frequented after long trips on the Gulf.

Roland laughs when he recalls that last tidbit of industry information: “We had 12 bars at one time,” he says with a thick French accent. “We had more bars than we had docks!”

A significant portion of the historic legacy wrapped up in Bayou Shrimp Processors is directly attributed to the generational seafood heritage of Shep and Kory’s family that dates back to 1892. Although not from Delcambre, the plant owners are members of a fourth-generation processing family rooted in New Orleans.

Shep’s great-grandfather started the seafood business in the old French Market of the city, and his grandfather and father also followed the same path. By 1975, the business expanded with the addition of a processing plant that started with two to three peeling machines, and eventually grew to nine.

Before Shep chose the industry as a permanent career, he worked in the business every summer since the 8th grade, and he laughs when remembering the different types of jobs he was required to do: “When you grow up in the family business, you start working there when you’re 13-years-old,” he says. “One day my mom drove by the plant and saw me standing in a dumpster. She called my dad and said, ‘What do you have him doing?’ and he said, ‘I’m teaching him to work outside.” Confused, she replied, “‘Well, what’s he doing in the dumpster?’ and he said, ‘Smashing shrimp shells!’”

Kory joined the business at 15-years-old when he started dating Shep’s sister, and he also worked every summer. Both men agree that the work ethic gained from those younger years was instrumental in creating a successful course for their current operation: “That’s one thing our dad wanted to instill in us — to have a good work ethic,” Shep says. “What you put into it is what you get out of it.”

So how did Shep and Kory end up in Delcambre? That credit goes to Hurricane Katrina, which unfortunately caused havoc for each of them personally, heavily damaged the family plant in New Orleans, and incurred a substantial inventory loss of millions of dollars. However, for people who grow up in the shrimp industry, there is a core of resiliency embedded in their DNA that thrives on the ability to take a negative situation and turn it into something positive.

“When everyone’s houses and businesses are destroyed, and all of a sudden you have to find schooling for your children and houses to live in, it makes you think outside the box,” Shep says. “We were forced to figure out how we were going to purchase, process, and sell shrimp to try to maintain our customer base, and we basically shopped the entire Gulf of Mexico. After all the places we looked and all the plants we saw, we liked the facility in Delcambre, which just happened to be for sale. We purchased the plant and have never regretted our decision.”

For Shep and Kory, it was a silver lining moment that converged the right people, right place, and right time, and set the course for a new chapter to be written in the family’s seafood legacy. The plant in New Orleans also came back strong, and even though Shep’s brother now runs that operation, and Shep and Kory are focused on Bayou Shrimp Processors, they are adamant both entities are still all about family.

Bayou Shrimp Processors’ primary focus is solely packing a quality product, which is distributed to a wide list of local, regional and national customers, including grocery stores, institutions, foodservice, distribution and wholesalers.

In addition to being SQF-certified and having measures in place that can trace shrimp back to the docks and boats, the 40,000-square-foot facility also is equipped with four water wells and a large filtration system on the 10 acre property that allows improved water quality to be used for processing. Another unique aspect to the company is how they handle waste. Instead of discarding shrimp shells, they are hauled out to local cattle farmers who use them for fertilizer.

During season, 150,000 pounds of wild caught domestic shrimp are processed daily, which is comprised of peeled, peeled and deveined, headless, peeled and deveined tail on, easy peel, and 5-pound block frozen. When it comes to company strengths, Shep says it’s all about consistency and quality.

The venture of Bayou Shrimp Processors may not have been planned, but innovative thinking motivated by a natural disaster positioned Shep and Kory to embrace a new path in the industry. They have never looked back, and their roots are now in Delcambre.

“As far as a storyline goes for this company, it just doesn’t get any better,” Shep says. “We are pulling from the culture. We’re supporting the culture of the town and the domestic shrimp industry and all the people in this business here whose lives depend on this industry. Bayou Shrimp Processors is helping to keep the culture alive.”