Shrimp School: What Were Shrimp Nickels? 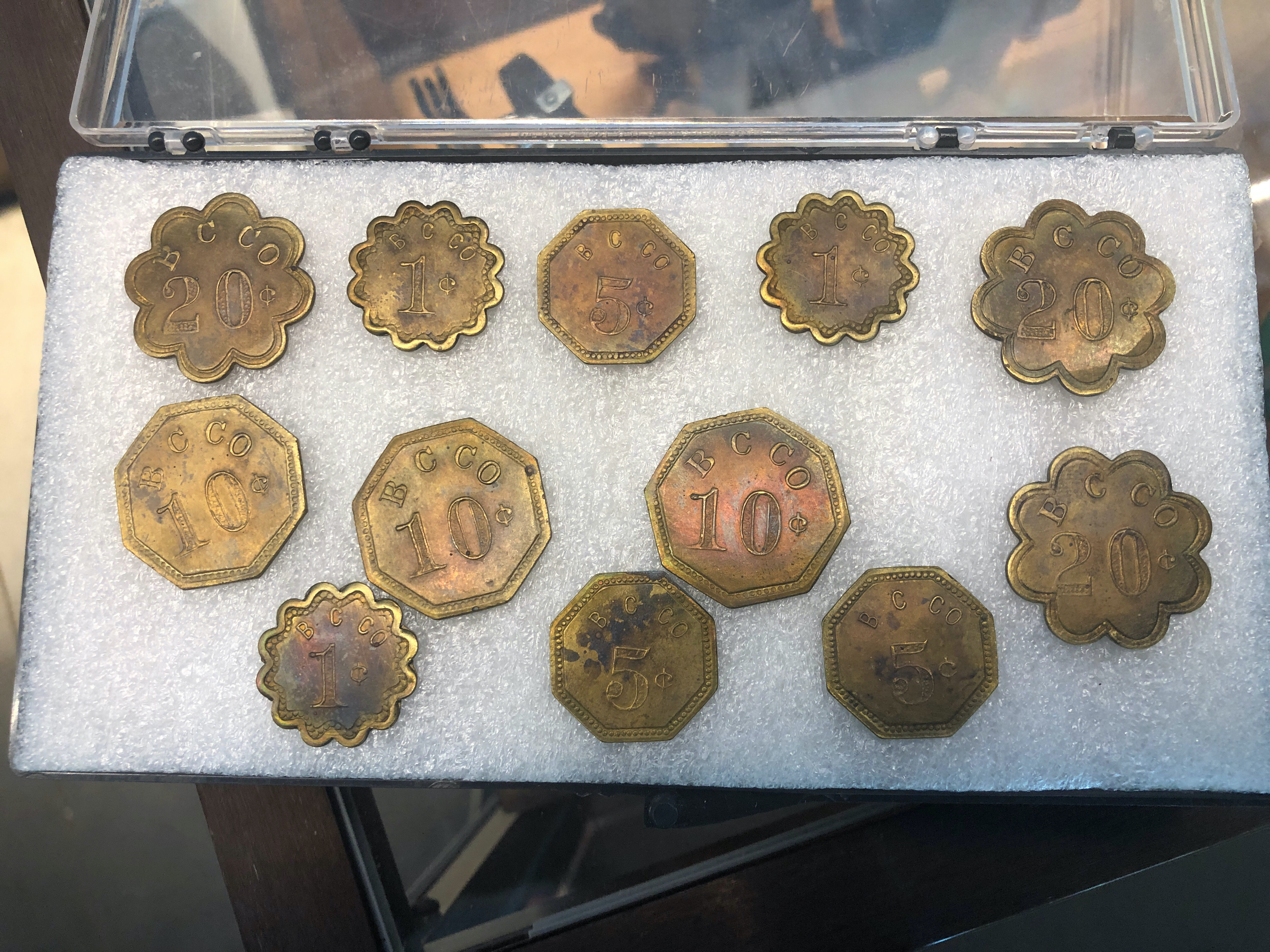 When it came to working in shrimp factories in the late 19th to early 20th century, everything operated under a unique set of rules, and how people were paid was no exception: instead of being paid in standard United States currency, factory workers were paid in units of currency referred to either broadly as tokens or more specifically in Biloxi, Mississippi as shrimp nickels!

Stepping into one of those factories was like stepping into another country or even another world. Different factories in different cities and states had their own rules and laws to govern how things were run.

First things first, what exactly were these “shrimp nickel” tokens? As previously stated, the rules of payment typically differed on a case-by-case basis between factories. However, because they all operated under the same industry of seafood, some general similarities did crop up amongst the different payment methods. In general, according to Edmond Boudreaux’s novel The Seafood Capital of the World: Biloxi’s Maritime History,

“In the Louisiana and Mississippi seafood industries, tokens were used to measure the work and at the end of the day to pay the workers. When a certain amount of peeled shrimp or opened oysters was reached, the worker received a token. A cup was designed to take these measurements. The token came in different values, such as one cup, five cups, ten cups, and twenty cups… At the end of the day, the tokens could be redeemed for cash.”

However, these tokens could not only just be renewed for cash. As an alternative place of exchange, several of these factories housed factory stores, where tokens could be redeemed for basic necessities that the factory held – such as groceries and other merchandise – thereby incentivizing the workers to keep their currency circulating within the factory rather than taking it to the outside world. There went an old saying in these factory circles: “I owe my soul to the company store.”

How did these factories differ? That’s where the term “shrimp nickels” comes in! A predominantly Biloxian term, sources differ on the origins of the term. According to Boudreaux and the Maritime and Seafood Industry Museum in Biloxi, the factory workers’ payment was referred to as shrimp nickels because workers would keep their coins in the front pockets of their uniforms, which would then be covered in shrimp juice and discolored: hence the term shrimp nickels.

Another possible origin – as recounted by Don Skrmetta-Mavar, a former Louisiana seafood processing factory worker, in an interview for the Louisiana Sea Grant – is described here:

In other cities in other states, such as Louisiana, operations ensued differently. As stated in the same Louisiana Sea Grant interview, “Well it’s a term that we don’t find in Louisiana, but we find in Biloxi… in Louisiana, you were paid in tokens. These were tokens created by the companies.” Regardless, across cities and states, the general concept remains the same.

In North Carolina, the term was also used. This clipping from the Oakland Tribune in California, October 29, 1940 refers to the use of Nickels in the industry in North Carolina.

And this book available on Amazon —  Hard Times and a Nickel a Bucket: Struggle and Survival in North Carolina’s Shrimp Industry — refers to the use of nickels for payment in the shrimp industry in its title.

The final question is, at the end of the day, what put an end to specialized shrimp factory currencies? Simply put, the government eventually stepped in and incorporated a wide swathe of labor laws. It was a combination of incorporation of new United States labor laws, as noted by Yvette Florio Lane in Shrimp: A Global History, and the federal government ruling that only the United States government could manufacture currency for use in the country, as noted by Boudreaux. While shrimp nickels and other factory-based currencies may no longer be in use, their history still remains both fascinating and integral to the history of shrimp.