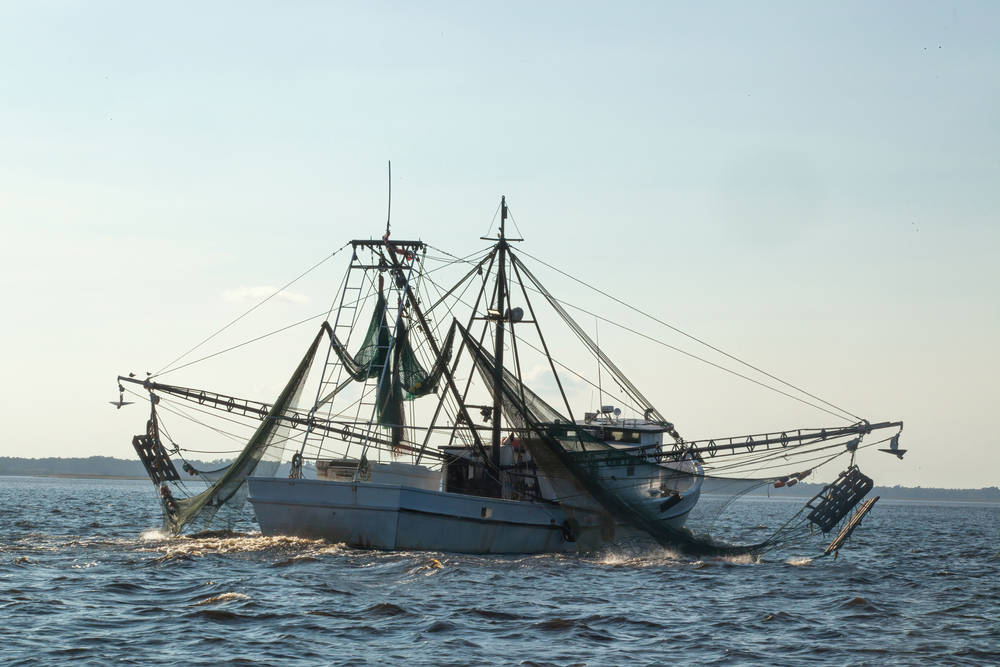 For all of the shrimp that Americans eat (the average American consumes 4.1 pounds of shrimp per year) one might wonder: “How do shrimpers catch those delicious wild-caught shrimp?”

What is surprising to many is that shrimp are an annual crop that is inherently sustainable. The shrimp that our members process are caught in the warmer waters of the Gulf of Mexico and South Atlantic. If these shrimp are not harvested, processed, and eaten, they will die off or be consumed by larger fish in their wild environment. Each year, a new crop of new shrimp will grow and become ready to be harvested.

Shrimpers have been generally using the same basic technique to trawl for shrimp using all different sizes of boats (trawlers) for over 100 years, with advancements mainly serving to increase efficiency and improve environmental stewardship. Shrimpers are innately interested in sustaining the environment and the shrimp fishery because their livelihoods depend on it.

The primary feature of a shrimp trawler is the trawl itself: a large specialized net that sinks toward the ocean floor and is pulled behind the trawler. The industry has made many vast improvements over the years to ensure that turtles can escape through turtle excluder devices (TEDs) and that bycatch (other fish that end up in the net) is minimized with bycatch reduction devices (BRDs). The industry is strictly regulated to ensure that guidelines developed by the industry and the National Marine Fisheries Service (part of NOAA) are followed.

The trawl net’s shape is similar to a flattened cone, with a wide front end that allows for a large range of capture. The bottom of this “mouth” is fitted with weights while the top is fitted with buoys, allowing the top to lift up to “open the mouth” to catch shrimp. In front of the bottom of the net is a metal chain known as a tickler chain: while the net lightly skims across the bottom of the ocean floor, the tickler chain jostles shrimp from the floor to make them more easily caught.

The cone structure of the trawl funnels caught shrimp downward until it reaches the “bag” where the caught shrimp are kept. The trawls are then hauled in by the boat’s powerful wenches, where the catch is released on deck, gathered and iced, or frozen for further sorting and processing. As seen in the video below, the average shrimp boat typically incorporates up to four trawls, two each on the left and right sides of the boat, lowered into the water by devices called outriggers, which are long, metallic poles that reach out on the left and right sides of the ship and then lower down the trawls into the water while simultaneously helping to stabilize it on even the roughest of waters.

While shrimpers have been using trawls for over 100 years, it is in the shrimping industry’s best interest to ensure that their trawls and overall efforts make minimal impact on the environment so that the shrimping industry can thrive — co-existing with its surroundings for the health of the shrimp fishery and the benefit of all who enjoy wild-caught shrimp.

For more information on how our processors work with the environment in mind, visit our Sustainability page!