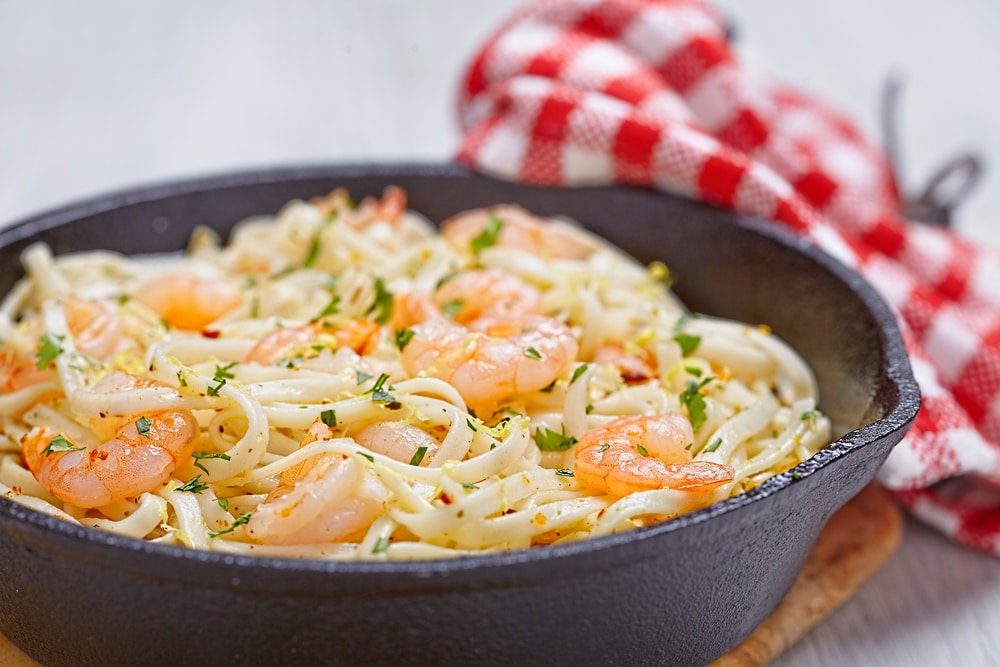 Shrimp scampi is an incredibly popular way to serve shrimp, and it’s easy to see why! Pairing the sweet taste of wild-caught shrimp with the savory flavor of a garlic butter sauce makes a match made in seafood heaven.

In a vote held by America’s Test Kitchen – one of the nation’s top public broadcast cooking shows – on their 20th Anniversary Special to see which of their over 1000 recipes was America’s favorite: shrimp scampi came out on top!

“Shrimp scampi didn’t just win,” said Bridget Lancaster, one of the co-hosts of America’s Test Kitchen, “It won by a landslide. This garnered over 28% of the vote!”

“Everyone here loves this recipe too,” Julia Collin Davison, the other co-host of America’s Test Kitchen, stated, “Our colleagues make it on a regular basis!”

While Jack Bishop, chief creative officer, said, “I would never, ever have predicted that shrimp scampi would be the number one recipe,” Rebecca Hays, deputy editor, retorted, “I’m not surprised at all! It’s amazing: the garlic, the lemon, the wine.”

The dish has a fascinating etymology and history. The word “scampi” is the plural version of the Italian word “scampo,” which is actually a type of lobster (not shrimp!) found in the Mediterranean Sea and northwest Atlantic Ocean, yet commonly referred to as the “Dublin Bay prawn.” Today, the name refers not to the shrimp themselves, but rather the method of preparing them, which usually involves sautéing or boiling them in a garlic butter sauce.

The dish was first mentioned by name as “shrimp scampi” in American cookbooks during the 1920s. Then, it referred to shrimp that had been basted in olive oil, white wine, garlic and butter. The Tenakill Restaurant of New Jersey became the first to advertise the dish and is credited with popularizing it in the United States following World War II.

Watch the full video recipe below! With over a million views, we think it’s pretty popular!

Visit our Recipes page for even more mouthwatering Wild American Shrimp recipes! Click HERE to order wild-caught American shrimp for yourself or your business!