Everything You Need to Know About Shrimp Counts and Sizes 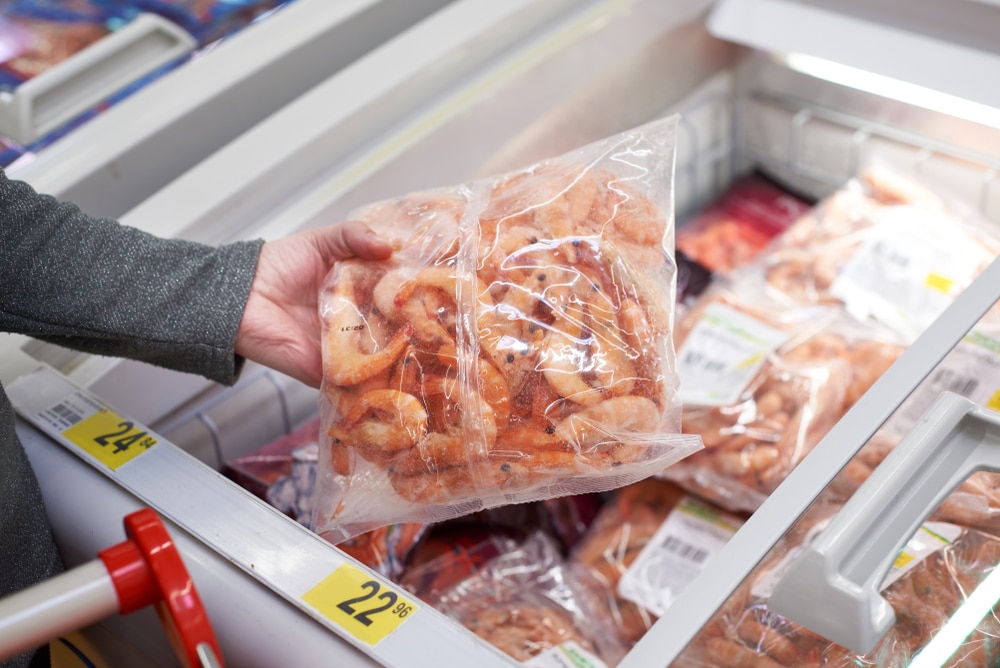 When shopping for wild-caught U.S. shrimp at a local grocery store or online, you may be wondering what size and number of shrimp are right for you. If you don’t know what “shrimp counts” or “shrimp sizes” mean, then you may find yourself stranded in unfamiliar waters. That’s why we’re here to help break down everything about shrimp counts and sizes!

Shrimp Counts and Sizes – A Correlation

The shrimp count on a bag of wild-caught U.S. shrimp is the number that denotes how many shrimp are approximately in the bag “per pound.” For example, if a shrimp bag’s count reads “21/25,” then that means those shrimp are sized to be approximately 21 to 25 shrimp per pound. This means that a one-pound bag should have between 21 and 25 shrimp inside.

If a shrimp count contains a “U”, then it means that the bag contains a number equal to or fewer than the number listed beside the “U.” If a shrimp count reads “U/15,” then those shrimp are sized to be big enough that there are only 15 or fewer shrimp in a pound (in other words BIG shrimp).

Shrimp heads and shells also play a factor in determining shrimp count amounts. Shrimp are considered two counts larger with their heads on (head-on shrimp) and one count larger with just their shells on (unpeeled shrimp with no heads).

Shrimp sizes can also be determined by descriptions on the bags, such as “Large” for large shrimp and “Jumbo” for even bigger shrimp. While these classifications can help determine the general size of the shrimp purchased, they’re not the best for accuracy purposes since the choice of words is not determined by any kind of defined industry standard. For example, one supplier could label their shrimp as “Large” while another could label their shrimp of the same size as “Jumbo” because those are subjective measures.

Here’s a list of sizes and some of the types of recipes for which each size is typically used. While there are often many sizes in between, the following list(see chart) contains the most commonly used sizes:

If you’re looking for a video breakdown on shrimp counts, look no further than this one from Chef Todd Reilly! 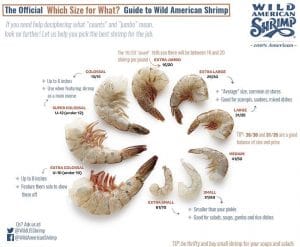