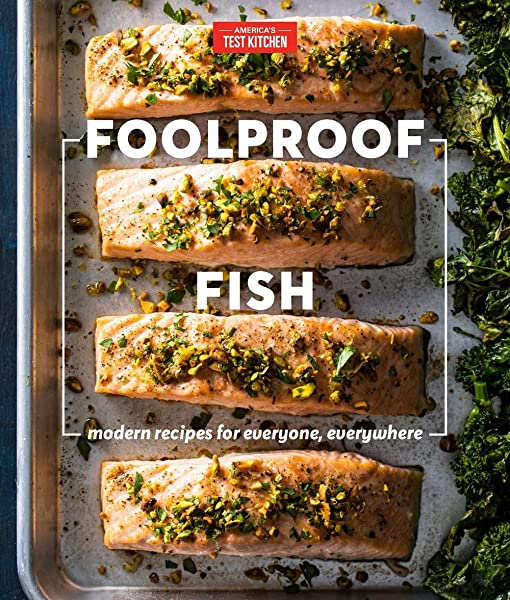 America’s Test Kitchen, the hit television show where chefs Julia Collin Davison and Bridget Lancaster test out recipes to see what works and what doesn’t, has recently released a new cookbook – “Foolproof Fish: Modern Recipes for Everyone, Everywhere.”

Designed to “broaden your seafood scope,” Foolproof Fish is written to showcase the wide variety of seafood available – from mild in flavor and flaky in texture to rich and meaty – and to show how it can be used in different types of dishes. Of course, here at Wild American Shrimp, we are most excited about the shrimp recipes!

It includes rundowns on seafood varieties, with recipes focusing on the species most widely available to readers along with information on flavor, texture, and substitutions to make smooth sailing out of anyone’s cooking journey. For shrimp specifically, it also covers more introductory aspects of cooking with our favorite crustaceans, such as shrimp sizes and counts, buying shrimp, and peeling and deveining shrimp.

The cookbook contains a robust mix of shrimp recipes, including:

This cookbook features tasty appetizers such as Sizzling Garlic Shrimp and Peruvian Fish Ceviche with Radishes & Orange, easy-to-prepare meals like Moroccan Fish with Couscous Packets and Tuna Steaks with Cucumber-Peanut Salad, delicious dinner dishes such as Roasted Whole Side of Salmon with Orange Beurre Blanc, or soul-warming soups like Cod in Coconut Broth with Lemon Grass & Ginger.

In its overview for shrimp at the beginning of the cookbook, the writers make the effort to not only explain basic concepts regarding shrimp, but also to encourage the smart purchasing of wild-caught, American shrimp.

Describing shrimp as “the chicken” of seafood due to ubiquity, appeal, and overall ease of cooking, Foolproof Fish begins by explaining how shrimp are frozen during the production process and their preference for IQF or “individually quick-frozen” shrimp due to their ease of use in multiple recipes over time.

The writers then spend a considerable amount of time emphasizing the purchase of wild-caught, American shrimp. They tell readers to make sure that their shrimp are preservative-free: “Shrimp should be the only thing on the ingredient list.” They tell consumers to avoid shrimp that are salt-treated or STPP (sodium tripolyphosphate)-enhanced, overall stating that wild shrimp are ideal due to the fact that, “they have a sweeter flavor and firmer texture than farm-raised, making their higher price worth it.”

Wild American Shrimp commends America’s Test Kitchen for both providing such a strong variety of recipes and promoting the smart purchasing of wild-caught, American shrimp.

Cookbooks make great holiday gifts! Why not buy Foolproof Fish for someone on your list? Visit Amazon to purchase your own copy of Foolproof Fish!