Shrimp and Grits: From Country Cooking to Countrywide Acclaim! 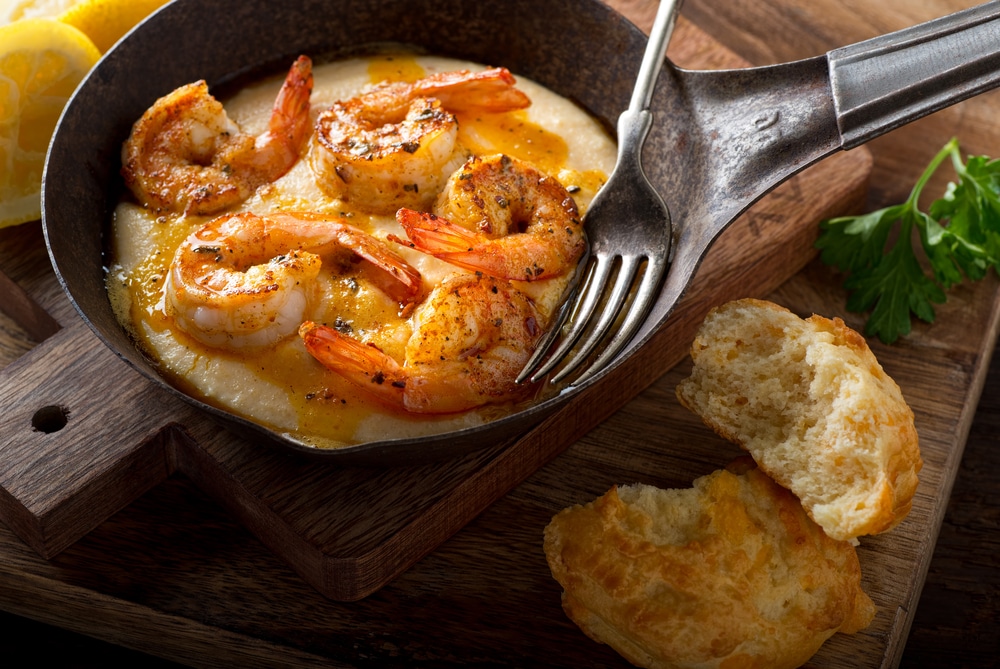 Not all that long ago, shrimp and grits was a decidedly regional dish.

But with the popularity of cooking shows and social media and the rise of celebrity chefs, what once was enjoyed by a few has become a beloved dish of many, not just those who live in the Low Country of South Carolina and Georgia.

Not every shrimp and grits recipe is the same. Some are complicated, while some are designed to be simple and quick. Just make sure wild-caught American shrimp are your shrimp of choice.

Try these recipes and see which one is your favorite!

Fontina cheese and whipping cream helps make the grits extra rich in this version from No Hippie BBQ & Cooking: Chef Lorious loves bacon with her shrimp and grits: Here’s one more, from Cooking with Carolyn:
</center

Wild American Shrimp Chef Advocate John Currence is known for his version served at his City Grocery restaurant in Oxford, Mississippi — Shrimp and Tabasco Hot Sauce Cheese Grits — and we’ve got another tasty version as well — Shrimp and Cheese Grits with Sauteed Onions, Mushrooms, Peppers, and Crispy Bacon — try them both!