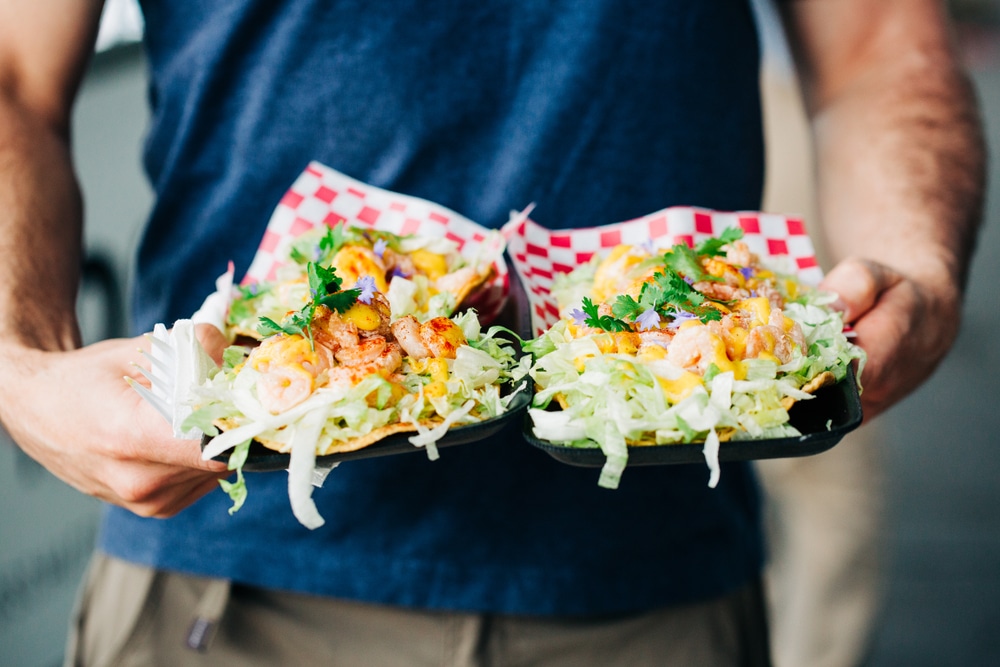 Beth DiBaggio and Rafael Rodriguez were running a successful catering company, La Pera, in Austin, Texas – whipping up locally-sourced Latin dishes and catering 250 to 300 events of a wide variety every year for two years – only for everything to come to a dramatic halt after the onset of the coronavirus. Now, they’ve lost $150,000 in business and have had to lay off around 140 employees.

“It started off a very busy year, the catering wing was smashing record-breaking sales and the team of two had grown into a network of over 150 event pros, executing hundreds of corporate events, weddings, and private events each year with a tightly knit team,” as stated by the team on the new El Camaron website. “Little did the whole world know that the food game was about to get dealt a very strange hand & quite literally be changed forever… With the devastating news that gatherings, festivals, and events in general would be canceled for the foreseeable future, they [La Pera] were faced with a tough decision: stop operating completely until this is over or innovate.”

Luckily for everyone, La Pera chose to innovate.

When hope seemed lost, salvation came in the form of a unique shrimp taco created by Rodriguez’s late father. Having grown up in Guadalajara in central Mexico, Rodriguez’s father was quite familiar with tacos dorados – rolled and fried tacos usually stuffed with potatoes – a popular dish in the area. Also being a frequent traveler to Veracruz on Mexico’s east coast and a fan of that area’s shrimp tacos, he thought to combine the two styles to create his own unique dish: “taco de camarón” (or “shrimp taco”).

Although La Pera has served the dish to multiple venues alongside their other offerings, it was when DiBaggio and Rodriguez decided to singularize their approach that everything came together: a single, simple dish that they could refine and deliver widespread.

The duo gathered their ingredients – including “sweet Gulf shrimp” – and began tinkering with the format of the dish until they settled on a version that is easily cooked, frozen, and then reheated later by customers while still maintaining their delicious crunch and flavor.

The final product consists of:

After a quick rebranding to El Camarón (“the shrimp”) and an accompanying social campaign, they sold out their stock on the first day and have continued to maintain steady business ever since.

Visit El Camaron’s website to learn more! If you live in the Austin, Texas area, you can order some for yourself! Don’t live in Austin? You can still help out by donating to Comfort Food Care Packages, providing meals to families in need!

Hungry for some delicious shrimp meals? Check out our Recipes page for a variety of recipes featuring wild-caught, American shrimp! Want to order wild-caught American shrimp for yourself? Visit the Buy Our Shrimp page!