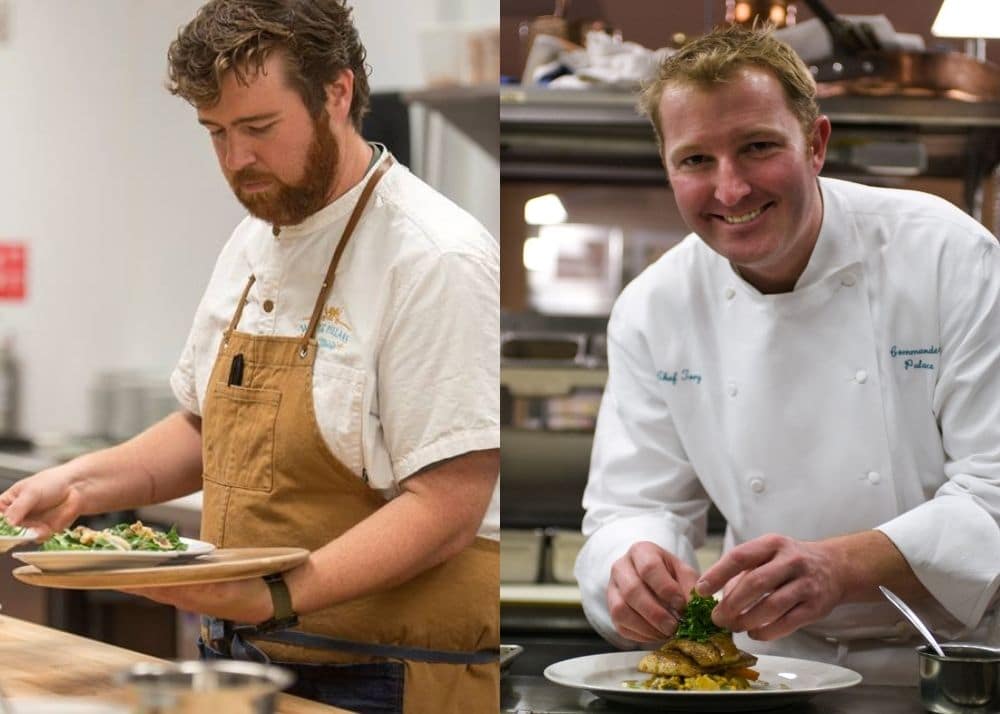 Sumrall is Chef and Owner of White Pillars in Biloxi, Mississippi. McPhail is the former Executive Chef at Commander’s Palace, New Orleans and is now Executive Chef and Culinary Director of Revelry, Jam! and Dave’s Sushi.

The Great American Seafood Cookoff was originally started in Louisiana as a way of promoting domestic and sustainable seafood. Each year, chefs from around the country are given the opportunity to bring pride to their home states and seafood in this competition. Chefs cook before a live audience and present their dishes to a panel of six national judges of notable acclaim who score their food based on composition, craftsmanship, creativity, flavor, presentation and more.

Austin Sumrall has been working in restaurants for many years and has had a passion for cooking most of his life. Austin grew up in McComb, Mississippi and went on to graduate from the University of Mississippi with a degree in Hotel and Restaurant Management. He received classical training at the Culinary Institute of America in Hyde Park, New York and has worked for three different James Beard award winners with the title of “Best Chef: South.”

A native of Ferndale, Washington., a small agricultural town on the Canadian border, Tory McPhail grew up on his family’s farm, eating fresh, locally sourced foods and building an early appreciation for their origin. After attending school in Seattle, Chef McPhail opted for a start in New Orleans. At age 19, he was hired at the lowest level of food preparation, with salads and appetizers, but he moved swiftly through all 12 stages of the kitchen. He gained experience in Florida, London and the Virgin Islands and, after a few years, Commander’s Palace (training ground for such prestigious chefs as Emeril Lagasse, Paul Prudhomme and Jamie Shannon), requested his demonstrated talent at the restaurant in Las Vegas. In early 2002, he was named executive chef of the original Commander’s Palace in New Orleans’ picturesque Garden District. Today, Chef McPhail works as an Executive Chef and Culinary Director in Bozeman, Montana for a variety of restaurants.

Wild American Shrimp wishes the best of luck to both Chefs Austin and Tory in the competition!