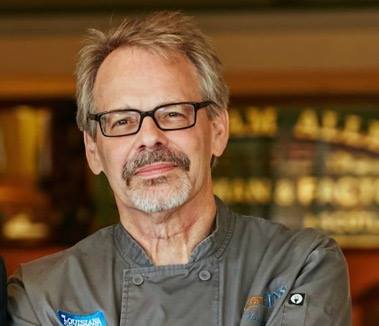 Tenney Flynn was honored with both the award and a one-page feature story in New Orleans Magazine, which lavished such praise as, “the introductory portion of the book is worth the price alone for its clear explanations of how to choose fresh fish, break them down and the best method of preparation,” along with espousing the core values shared between Flynn and Wild American Shrimp, stating, “He emphasizes selecting seafood by quality rather than going to the market with a predetermined recipe in mind… He’s an advocate for responsible management of our fisheries.”

Chef Flynn’s new cookbook can be purchased on Amazon.