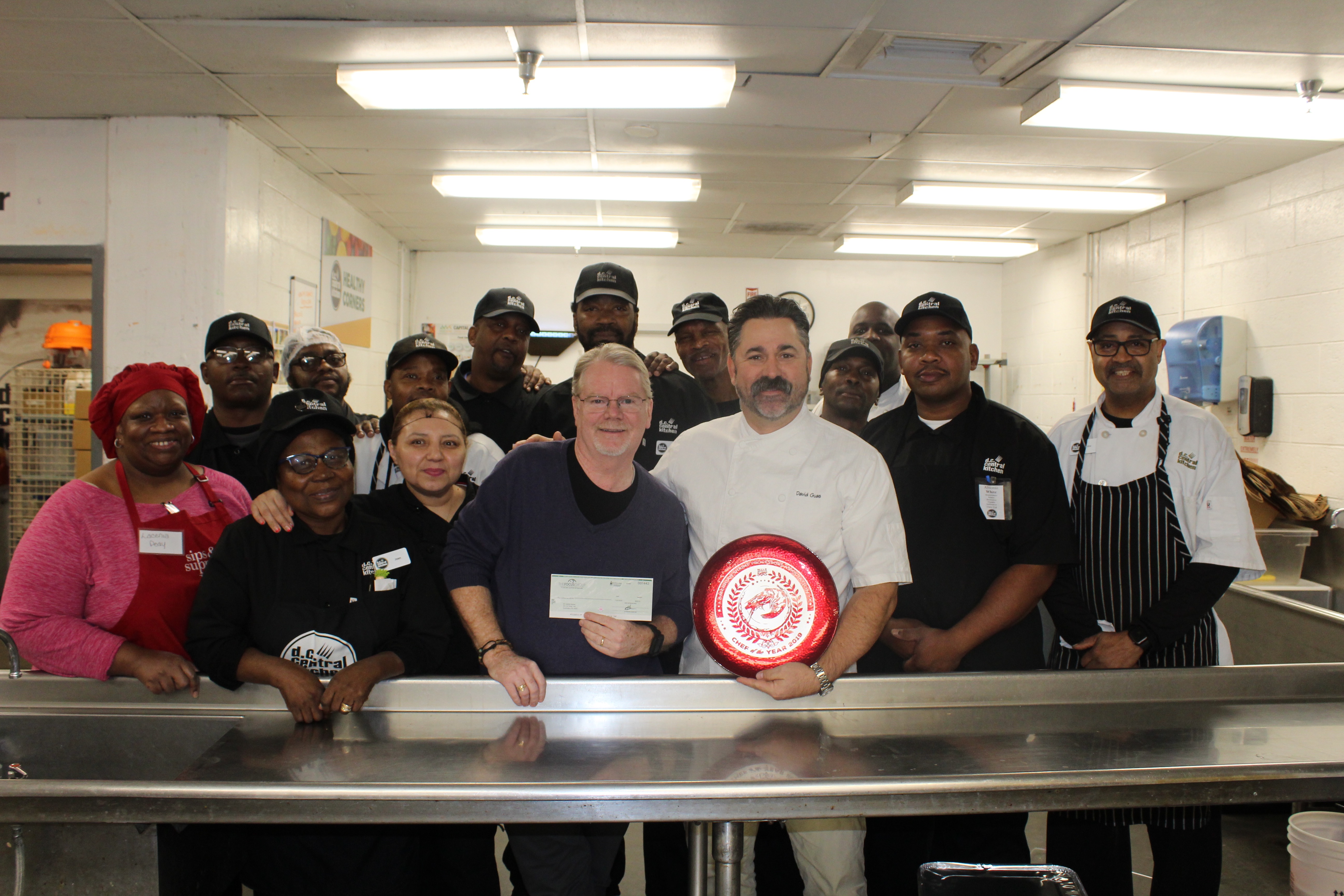 Wild American Shrimp’s 2019 Chef of the Year David Guas of Bayou Bakery has donated his award money of $500 to the DC Central Kitchen in Washington D.C. – helping to provide both work and nourishment to thousands in the area!

Each year, Wild American Shrimp designates one of its Chef Advocates – affiliated chefs who strive to champion the values of using wild-caught, U.S. shrimp over farm-raised, imported shrimp – from a pool of nominees that we believe deserve special recognition based on their work supporting this cause. The winner receives a customized award plate and a $500 donation to a charity of their choosing. This year, David Guas chose DC Central Kitchen.

DC Central Kitchen was founded in 1989 by a young nightclub manager named Robert Egger. Frustrated and challenged by his volunteer experiences with traditional charitable responses to hunger and homelessness, Robert pioneered a new model aimed at liberating people from the conditions of poverty. They conduct community service and outreach all revolving around food to “fight hunger differently” in four major fields: hunger, food access, food waste and unemployment and poverty. Due to its many social service programs, the Kitchen now employs over 130 people, approximately 40 percent who are graduates of the Kitchen’s nationally recognized Culinary Job Training Program.

As per its website, the DC Central Kitchen is a social nonprofit organization whose mission is to “use food as a tool to strengthen bodies, empower minds and build communities.” Among other values, the organization believes “that hunger is a symptom of a deeper problem of poverty, and that food is our chosen tool for changing individual lives while addressing systemic failures.”

The kitchen also trains adult individuals seeking employment to work in a kitchen environment and incorporate the acquired skills to make healthy meals for a variety of organizations in the area: from schools to catering, corner stores to cafés, and more. The organization operates DC Central Kitchen Café on Mississippi Avenue which offers a variety of fresh salads, sandwiches, snacks and coffees while conducting training. Since 1989, DC Central Kitchen has enacted sweeping change through its work, has had its leaders speak at numerous conferences on their efforts, and has had two books written about them.

Guas’ donation will help DC Central Kitchen continue its very worthwhile work. Anyone who wishes to donate to this cause can do so at THIS LINK.