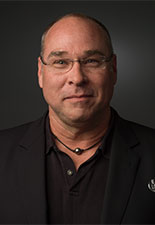 Hours:
Everyday 7am until we run out of donuts

Robert St. John has spent almost four decades in the restaurant business. Thirty-two of those years have been as the owner, CEO and Executive Chef of the Purple Parrot Seafood & Steaks, Crescent City Grill, Mahogany Bar, Branch, Tabella, and Ed’s Burger Joint in Hattiesburg, MS. St. John is a restaurateur, chef, columnist, and author. For 17 years he has written a weekly syndicated food column for newspapers.

The Purple Parrot was named the best fine dining restaurant in Mississippi and just received its seventh Four-Diamond rating from the AAA Travel Guide. Additionally, in 2011, AAA named Purple Parrot the second-best fine-dining restaurant in the South (just behind Commander’s Palace). Furthermore, The Mahogany Bar was named as one of America’s Top 100 Beer Bars of 2014, 2015, and 2016 by Draft magazine, and as Mississippi’s Best Beer Bar of 2016 by Thrillist. Branch was listed as one of Southern Living magazines “The South’s Top 100 Bars,” and in 2013 Tabella was named “Best Italian Restaurant in Mississippi” by Mississippi Magazine.

St. John is the author of nine books, including three collaborations with renowned watercolorist Wyatt Waters. One of his newest books, An Italian Palate, released in the fall of 2013, was written in Europe while he, his wife, and his two children traveled through 17 countries on two continents for six months. St. John also released a children’s book, Fred the Red Frog, in 2014 in collaboration with his mother, artist Dinny St. John.

St. John has been featured in USA TODAY and appeared on The Food Network, The Travel Channel, National Public Radio, Martha Stewart Living, and the Turner South network.

In 2009, St. John founded Extra Table, a non-profit organization that purchases healthy foods and ships them to soup kitchens and mission pantries. He currently serves as Chairman of the Board of Extra Table.