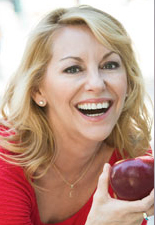 Off the Beaten Palate:
@offthebeatenpal

Michael-Ann is an Emmy® Award winning food & travel journalist for her three-part documentary series, Off the Beaten Palate. Her debut series was broadcast on PBS, of which Part I was focused on seafood in New Brunswick, Canada, where she was born. She is the host of a seafood web cooking series, Put Your Best Fish Forward.  Known as the Fishionista™, Michael-Ann teaches viewers how to buy, cook and enjoy seafood.

As a seafood champion, Michael-Ann enjoys contributing to panel discussions and presenting her Lobster 101 classes, and is a member of Women Chefs and Restaurateurs, Chefs Collaborative, and Women Food Service Forum. She was inducted into the ’Taste Hall of Fame’ in 2017.