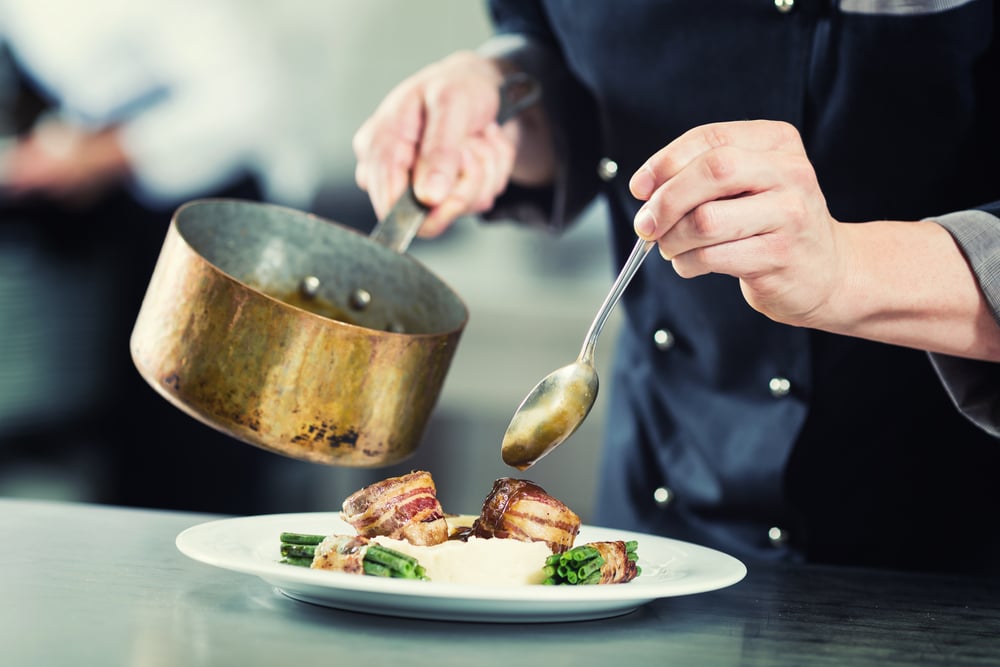 Chef Scott Varnedoe has been cooking up Louisiana cuisine for years. Born in Pensacola, Florida, and raised in Baton Rouge, Louisiana, Scott Varnedoe’s early exposure to food and cooking came through his parents and brother — all accomplished cooks. Inspired to follow in his brother’s footsteps, Varnedoe studied under Louisiana legend John Folse, and thus began his journey to become of the state’s top chefs. During his time at White Oak Plantation, Scott traveled all over the country to cook for celebrities and prestigious politicians. His education from Folse allowed him to pursue more challenging culinary goals throughout various restaurants in Baton Rouge including Sherwood Forest Country Club, Goodwood Park Grill, and The Radisson Hotel and Conference Center.

A flourishing culinary career in Baton Rouge was accompanied by Varnedoe’s entry into the competitive world of cooking. From the very first competition he entered, he wowed judges with new and exotic flavor combinations and plate presentations. His talent was so spectacular that he brought home gold, silver and bronze medals in every competition he entered. Varnedoe was honored at such prestigious competitions as the Baton Rouge Culinary Classic, the Ark-La-Tex Classic, White Oak Plantation’s Herb Festival and the Shreveport Culinary Classic. He won the top honor of Best of Show two years in a row at the Acadiana Culinary Classic in Lafayette. Although thriving in Baton Rouge, Varnedoe yearned to strengthen his talent and again put his ability to the test by moving to New Orleans to compete against some of the best chefs in the country. He again proved himself worthy. Success followed him with each of his executive chef positions at Alex Patout’s Louisiana Restaurant, City Energy Club and Café Marigny (now The Marigny Brasserie). It was at Café Marigny that he established himself as one of the most prolific and visionary chefs in New Orleans. During his employment there, Varnedoe was featured as one of the top five chefs in New Orleans in Bon Appetit magazine and continued his winning streak by twice being named Best of Show at the Louisiana Gold Culinary Classic in New Orleans.

Varnedoe was the executive chef at Stroube’s in Baton Rouge. While at Stroube’s, he also worked as a consultant for other restaurants, developing menus and molecular gastronomy methods for them. Among those who called on his expertise were the owners of Restaurant IPO. They asked him to develop an original menu and assist in the hiring of an executive chef before the restaurant’s grand opening.

Varnedoe became the executive chef and part-owner of Restaurant IPO. He won numerous awards, including the most prestigious of chef honors – an invitation to cook at the historic James Beard House in New York City: it’s an honor he’s received four times. As the newly appointed executive chef at IPO, Varnedoe rewrote the original menu he created and he continues to study trendsetting recipes utilizing Louisiana ingredients.

Today, Varnedoe is the chef of Juban’s Creole Restaurant in Baton Rouge, Louisiana.