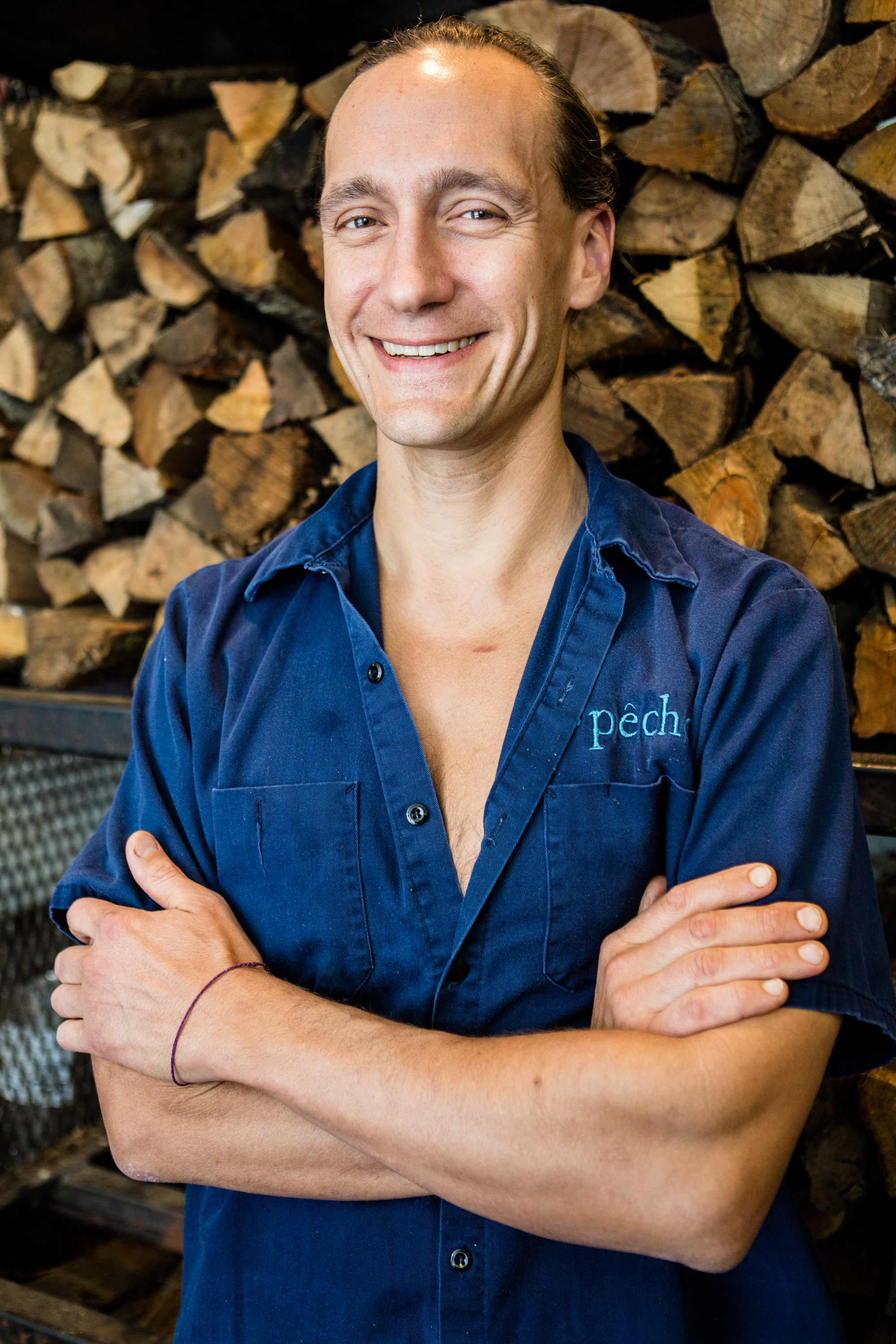 Ryan Prewitt began his culinary career in the farmer’s markets of San Francisco, where a burgeoning interest in food developed into a full-blown career. After spending time working for chefs Robert Cubberly and Alicia Jenish at Le Petite Robert Bistro, he moved to New Orleans to work with Chef Donald Link at Herbsaint. Ryan proved to be a quick study under Link’s tutelage and became Chef de Cuisine in 2009. He subsequently moved on to oversee culinary operations at Link Restaurant Group as Executive Chef for the company.

With a new job came an increased ability to learn and travel. As a member of the Fatback Collective, a group of Southern chefs who have compiled numerous accolades and awards in restaurants across the South, Ryan has learned new traditions and techniques from many talented BBQ pitmasters and has traveled to Uruguay to study traditional open-fire cooking. These experiences, along with a trip to observe grilling techniques in Spain, culminated in the opening of Pêche. Ryan received the James Beard Foundation Award for Best Chef: South in May 2014, the same year Pêche earned the James Beard Award for Best New Restaurant. Chef Ryan’s latest venture is serving as a founding partner of Gianna, a new restaurant in New Orleans and member of the Link Restaurant Group.