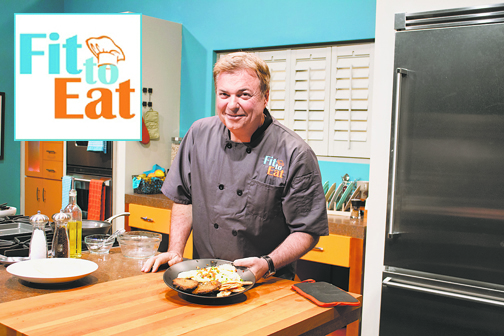 He is the featured chef on the healthy cooking show on MPB, Mississippi Public Broadcasting, called “Fit to Eat,” designed to educate and change the eating and cooking style of Mississippi viewers. Rob cooked and was featured on national ABC TV on the show “The Chew.” He has three weekly TV cooking segments, “Lunch at the Lookout,” on WLOX ABC TV, “That’s What I Like About The South,” on FOX TV WXXV along with “Fit to Eat”. In 2007 and 2009, he was chosen by Governor Barbour to represent the State of Mississippi as official chef in the Great American Seafood Cook-off in New Orleans. He is the official chef of the Mississippi Department of Marine Resources Seafood Marketing Program.

Rob’s community involvement has separated him from other businesses on the Gulf Coast as he has served as president of the Rotary, president of the Chamber of Commerce, and sits on the board of many other committees. His companies have focused on caterings to help feed the masses during community events, weddings, special events, and disaster relief. During the after-effects of Hurricane Katrina, Rob focused his catering efforts to the Red Cross to help feed thousands of volunteers and those impacted by the storm. In the years to follow he catered hundreds of events including the BP Oil Spill, showcasing his companies abilities to be there again for the volunteers and community. This allowed him to create Catering Creations, a versatile yet dynamic catering company that is capable of exceeding any requests in catering. Catering Creations is specifically designed and geared to handling large events: Films, weddings, disaster relief, with the ability to be on location any time, anywhere, handling any special dietary needs

You can watch Chef Rob as the host of Fit To Eat on Mississippi Public Broadcasting TV Show – you can download recipes, watch episodes, and meet lots of great locals that love supporting fresh food.