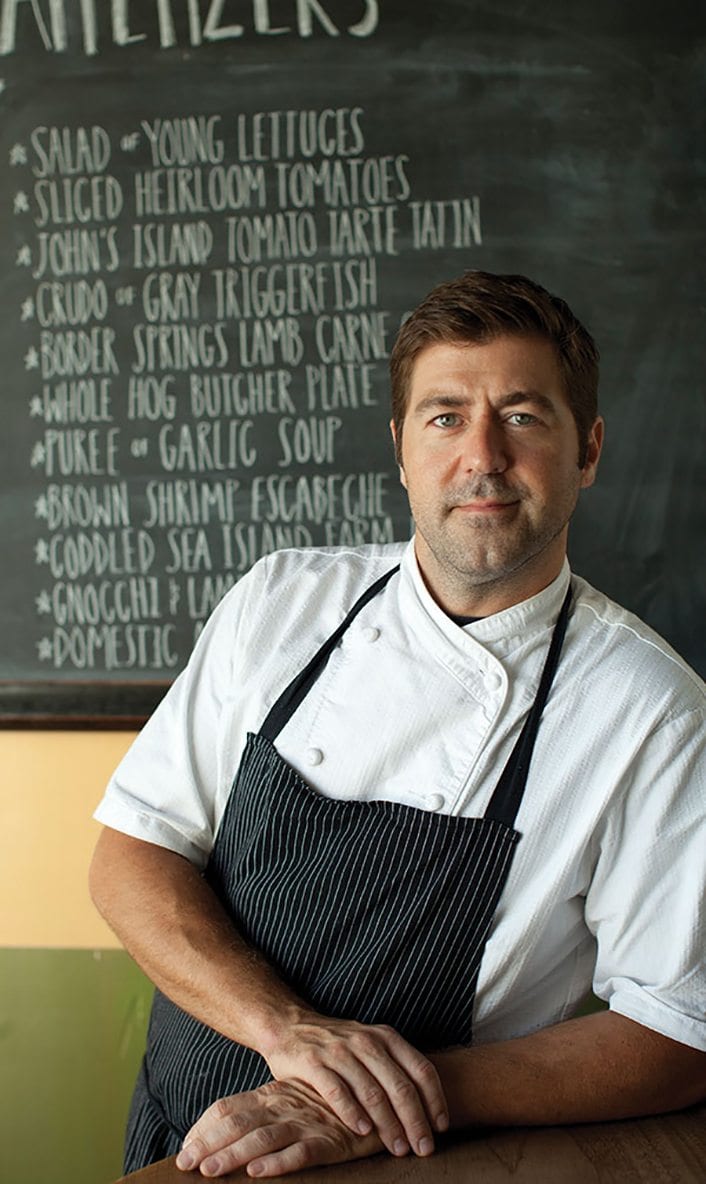 Mike Lata is Chef/Partner of FIG Restaurant in Charleston, SC, which he opened in 2003 with Partner Adam Nemirow. FIG has been consistently voted “Best Restaurant in Charleston” by Charleston City Paper readers and continues to be a favorite local destination, and in 2014, the restaurant was nominated in 2014 and 2015 for Outstanding Wine Program by the James Beard Foundation.

In December 2012, Lata and Nemirow opened The Ordinary, a classic oyster bar and seafood hall in Charleston’s Upper King district, to much local and national acclaim. The James Beard Foundation nominated The Ordinary as Best New Restaurant in 2013, and GQ, Esquire, and Bon Appétit also named it one of the best restaurants of the year.

A native New Englander, Mike started his culinary career at an early age, working in kitchens in Boston, New Orleans, Atlanta, and France before landing in Charleston in 1998. Mike is a hands-on, self-taught chef who continues to delight in making the most basic things delicious, creating food that is bright, uncomplicated, and understated. His longstanding and outspoken commitment to support local farmers, fishermen and purveyors has cemented his position as a notable champion for Charleston’s flourishing culinary renaissance.

Nominated in 2007 and 2008 for the James Beard Foundation Award, Best Chef: Southeast, Mike took home the award in 2009. His food, philosophy, and contributions to the Charleston community have earned him recognition on a national platform, including coverage in Food & Wine, Bon Appétit, Esquire, Garden & Gun, Southern Living, Travel + Leisure, USA Today, The New York Times, and many more. Mike competed on the Food Network’s “Iron Chef America,” was featured on the same network’s “The Best Thing I Ever Ate,” and he was also profiled on Dateline’s “Platelist,” which described Mike’s food as “so good it will buckle your knees.” Mike is also an active member of the Southern Foodways Alliance.

When he’s not in the kitchen, Mike can be found hitting the links, riding his prized Ducati motorcycles or enjoying life with his wife, Emilee, and their son, Henry.

Read all about Chef Mike Lata on his Chef Advocate page.