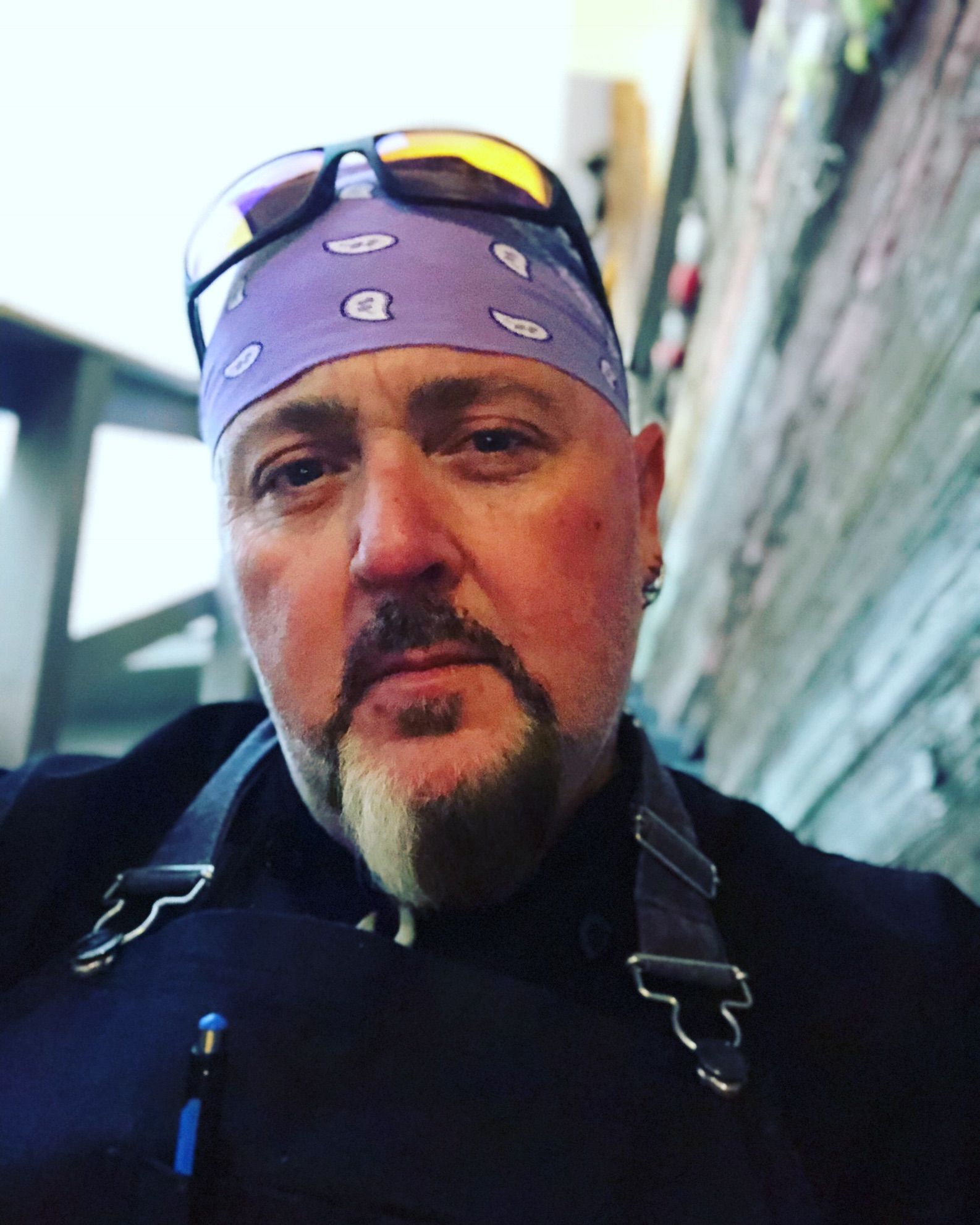 Chef Jon Gibson started his culinary career “flippin’ burgers” at the local Hardee’s restaurant and kept moving by trying his hands at tossing pizza dough at the local Domino’s and Pizza Hut.

Chef Gibson has always been in or near the restaurant business by either being head bartender, food and beverage director, or restaurant general manager. It wasn’t until he started traveling around the U.S. and several years in Sicily when things just “clicked.”

“This is what I want to do,” Gibson said: “This is me.” After returning to the states, he decided it was time for a formal education, at which time he moved to Pasadena, California to attend Le Cordon Bleu.

After graduating with honors, he moved into the corporate world and after a brief period, he discovered that his creative talents and ingenuity were not being utilized to their fullest potential.

He was then approached by The Beachcomber Café at Crystal Cove and after a few tastings, he was brought on as Sous Chef and after a matter of just a few months, he was promoted and was a driving force in Californian Coastal and Southern Cutting Edge Cuisine in Orange/LA County for several years.

Chef Jon returned to the Alabama Gulf Coast and his southern culture as the Executive Chef of Bill’s by the Beach in Gulf Shores, AL., then transitioned to the Executive Chef of Flora-Bama Ole River Grill in Pensacola, FL. and the Executive Chef/Pitmaster of Hog Heaven Sports Bar & Grill in Islamorada, FL. His extensive travels across the U.S. and Europe, classic French and Italian culinary training, as well as access to the best local Gulf Seafood and locally farmed ingredients, have added a new dimension and twist on comfort food and Southern cuisine.

“I prefer to call it coastal comfort cuisine”. “This is when I take comfort food that you or I grew up with and put a different spin on it, but also staying true to the ingredients inside and the hominess of the dish itself.”

Currently, Chef Gibson has moved back to his hometown of Opp, Alabama where he has partnered up with a long-time friend to open Wheelhouse Opp! Using all of his talents and experiences and the setting of being on the beach, Chef Jon is bringing an eclectic culinary dimension to Southern cuisine with subtle touches of Californian, Pacific Rim, Southwest, and European cuisines incorporated into the menu’s that changes every six months to reflect the use of fresh seasonal ingredients and proteins. He is happy to be back in his home state and looking forward to “turning southern cuisine on its ear.”