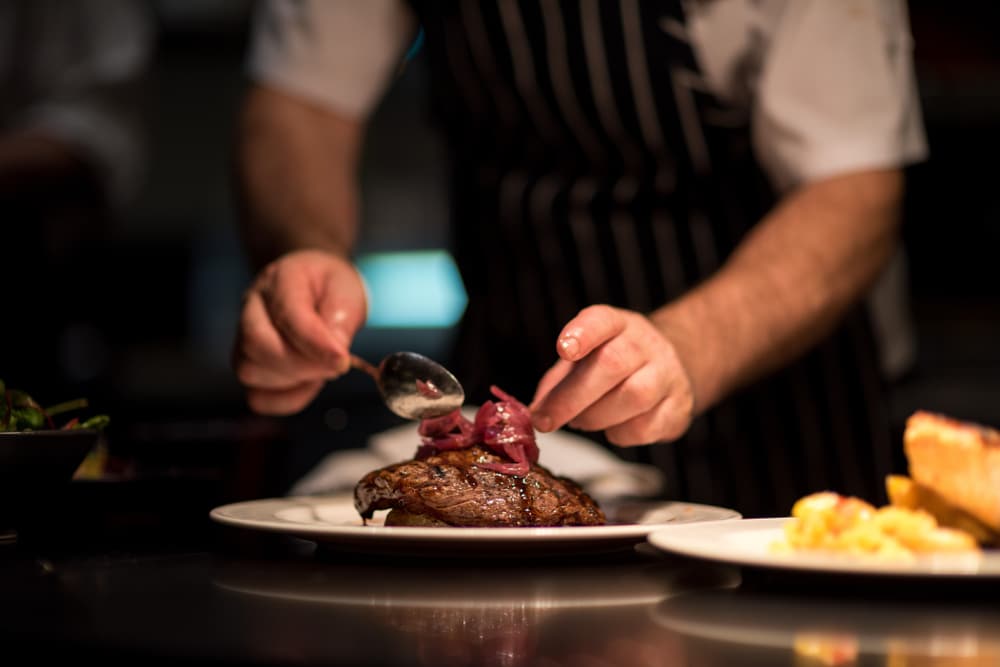 Jay Pierce is the Executive Chef at Mozelle’s Fresh Southern Bistro in Salem, North Carolina. A Southern Foodways Alliance board member, Pierce has twice been named as a finalist for best chef in the South by the James Beard Foundation and was nominated for a sustainability award by the Chef’s Collaborative. He has more than 20 years of experience in kitchens from coast to coast, including seven years with Emeril Lagasse’s restaurants and the last eight exploring the underappreciated foodways of the North Carolina Piedmont. There he served as the Executive Chef for Lucky 32 Southern Kitchen in Greensboro and Cary, North Carolina.

Jay’s exploration of the area’s traditions of farmers brings his recipes and pantry local acclaim, enlivening the menus with many locally sourced ingredients. He’s always found ways to tell the stories behind the food with essays published in Edible Piedmont, Savor NC, and Beer Connoisseur. He’s also on CNN’s Eatocracy blog and is a guest blogger for the magazine Local Palate and A Chef’s Life. Jay’s book, Shrimp, part of UNC Press’s Savor the South collection, is available on Amazon.