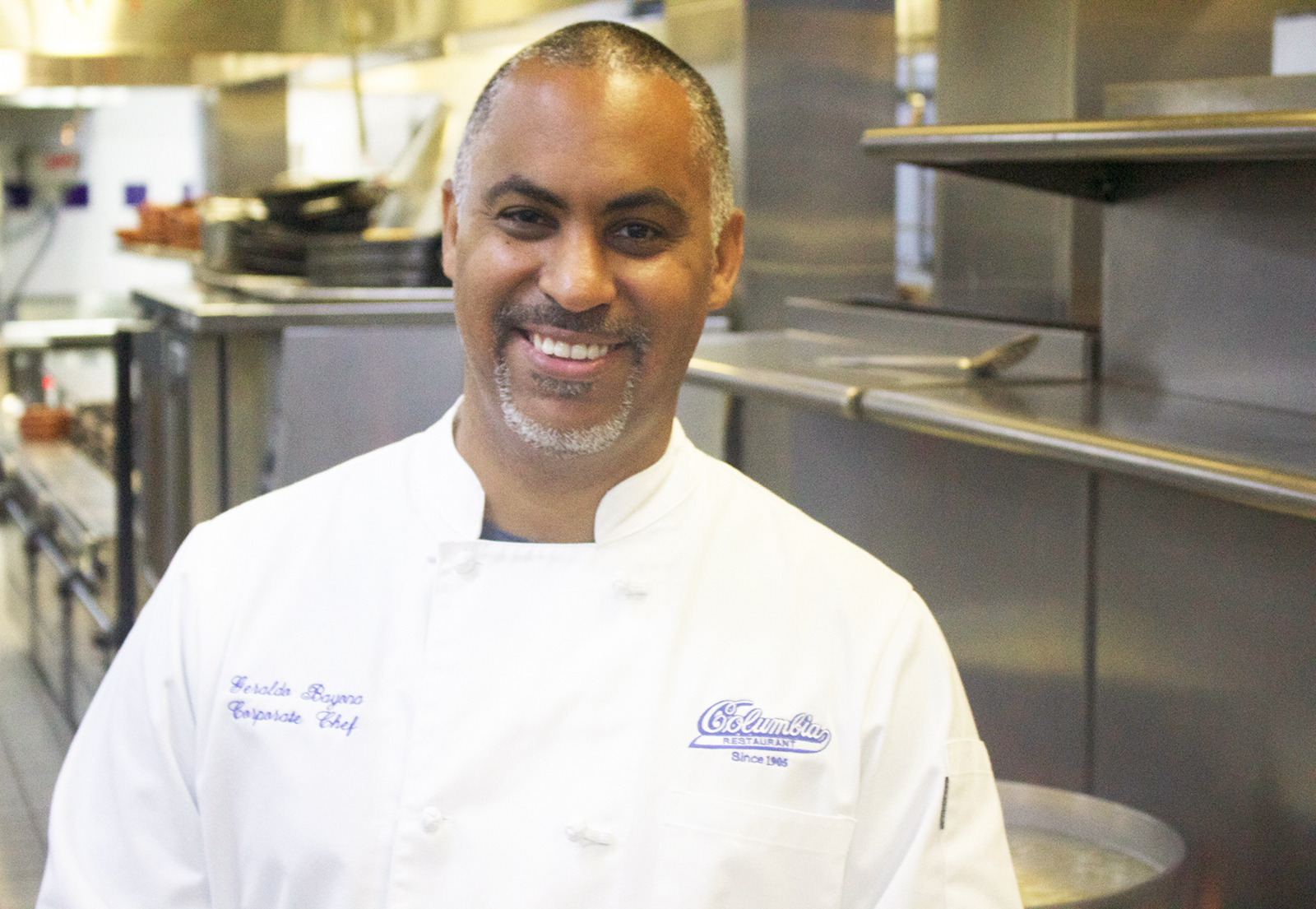 Geraldo Bayona (Chef Jerry) is based at the flagship, over 115-year-old Columbia Restaurant℠ in Tampa’s historic Ybor City, which remains Florida’s oldest restaurant, where he has worked for over 20 years.

Fourth-generation co-owner and Columbia Restaurant Group President, Richard Gonzmart, has turned to Chef Jerry to help create menu items and recipes for his other restaurant concepts, Ulele and Goody Goody™.

In 2016 Chef Jerry was named “Chef of the Year” by the Florida Restaurant and Lodging Association.

He works closely with all the Columbia Restaurant Group restaurants to ensure consistency with the Gonzmart family’s century-old recipes, monitor overall quality, presentation and flavor and to maintain the restaurant group’s high standards. He is responsible for creating new recipes to move the restaurants into the second century of operation.