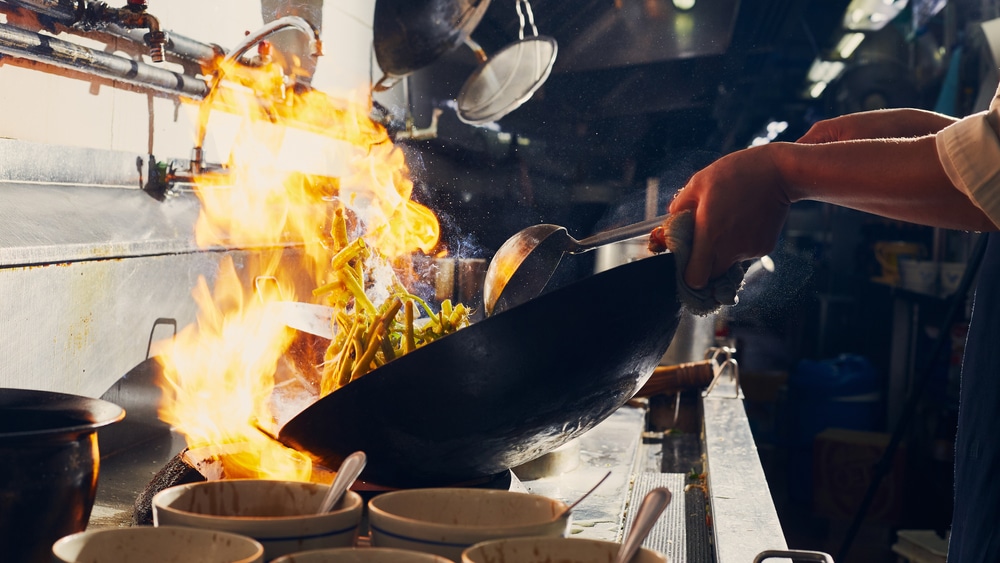 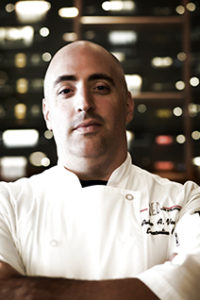 Executive Chef Peter Vauthy is turning the steakhouse business on its side and mixing things up while staying true to his homegrown roots. Inspired by what he learned from his family while incorporating his unique perspective on the classics, Chef Vauthy’s envelope-pushing culinary masterpieces stem from the marriage of innovation and tradition.

Chef Vauthy’s style shines through on Red’s unparalleled menu. What’s his secret? Relationships — sourcing each item from individual purveyors. Chef Vauthy works closely with his personal contacts, from fisheries to farms, to have access to the freshest ingredients seasonally available. Prime access to ingredients such as fresh Alaskan king crab straight from the Bering sea or blue fin tuna caught fresh and shipped overnight are examples of personal relationships he has developed during his 13-year tenure with Red Restaurant Group.

Vauthy started with the Red Restaurant Group in 2001. He was hired to lead the team at Moxie, The Restaurant in Cleveland, which was named one of the top 50 restaurants in the country while under his culinary watch. He then went on to be named Executive Chef at Moxie’s sister restaurant, the original Red, the Steakhouse.

After tremendous success in Cleveland, Chef Vauthy brought his expertise to South Florida in 2008, opening Red, the Steakhouse in Miami Beach. Since relocating to South Florida, Chef Vauthy has also played a key role in the country’s largest wine and food festival, the South Beach Wine & Food Festival, participating annually in “The Best Of The Best” event. In 2013, he showcased a selection of Red’s signature dishes at the festival’s coveted BubbleQ event, and hosted a dinner event at Red, the Steakhouse alongside Food Network star and fellow Cleveland native, Chef Michael Symon.

Chef Vauthy has also gained national recognition, making his TV debut on The Travel Channel show “Bizarre Foods with Andrew Zimmerman,” while his most recent endeavor includes a partnership with Wakaya Perfection Organic Ginger, owned by the creator of Fiji water.

Chef Vauthy takes pride in Red’s unmatched standards. By using only the highest quality meat in the nation, Certified Angus Beef Prime, and sourcing the freshest ingredients in the world through his relationships, he sets the bar high. Armed with his knowledge of the industry and love for cooking, Chef Vauthy continues to serve up his interpretation of “classic steakhouse” cuisine accented by his trademark bold, pure flavors.