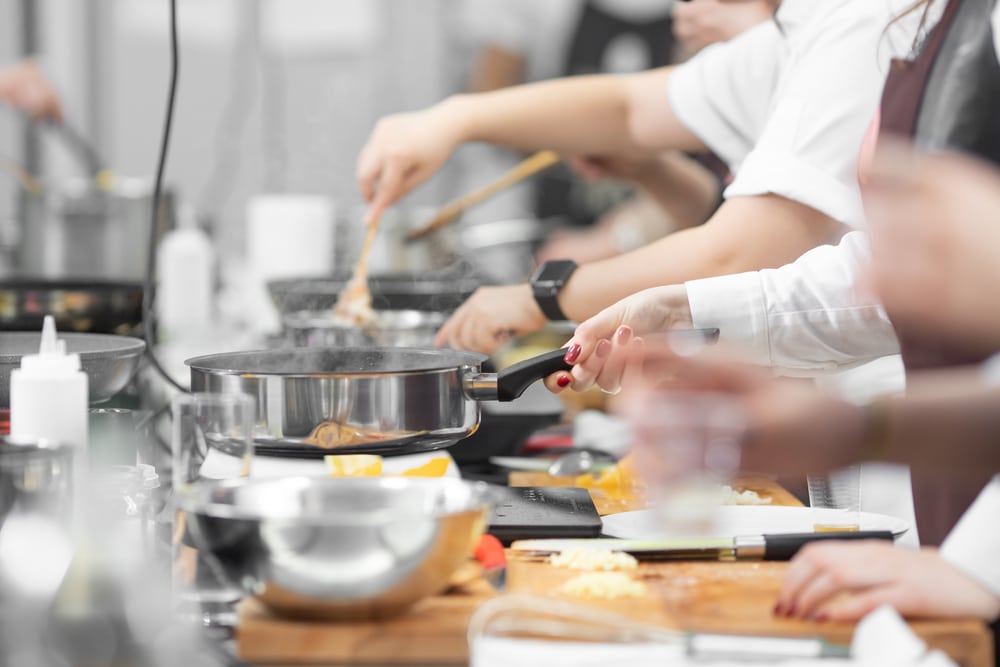 Chef Brody Olive heads the culinary team at Perdido Beach Resort as the Executive Chef. In this role, he leads the culinary team encompassing all food and beverage operations throughout the hotel’s four restaurants and multiple banquet facilities. Chef Olive brings to the resort an impressive background of training and accomplishments. He attended Johnson and Wales University, where he learned the culinary fundamentals. He began his career at Ocean Restaurant in Birmingham as the Sous Chef, studying under the owner and well-known Chef George Reis. Ocean achieved many honors during Brody’s tenure, including the AAA Four Diamond Award and Five Stars by Birmingham News. Brody then assisted with the opening of Ocean’s sister restaurant, 26, known for its funky South Beach atmosphere and eclectic menu.

Prior to joining Voyagers at Perdido Beach Resort, Chef Olive had built a great reputation for his development of creative offerings at some of the premier restaurant venues in the Orange Beach and Gulf Shores area. He initially moved to the Gulf Coast to open Villaggio Grille, where he was Executive Chef and General Manager. At Villaggio Grille, he conceptualized a menu offering “new and old world cookery” with Italian, Mediterranean, and low country fusion. In 2011, Brody opened Elli Bistro Zen Restaurant in Orange Beach as Executive Chef and General Manager, bringing a menu of Pacific Rim flavors to Gulf Seafood before moving to The Beach Club where he served as Executive Chef.

Brody won the Southern Breeze Gulf Coast Cook-Off in 2008 and Zatarain’s Annual National Shrimp Festival Chef Challenge in 2009 and 2013. He also won the Wine Spectator Award in 2009, 2010, 2011, 2015, and 2016. In 2014, Brody took home three prestigious awards at Wharf Uncorked, including Grand Tasting Winner, People’s Choice Award, and the award for Best Use of Ingredients. Recently Brody has won The People’s Choice Award at Lion’s on the Line competition, the 2016 Wharf Uncorked Chef Showdown Competition, and was selected as a Finalist in the World Food Championship. He was also a Finalist in the Alabama Restaurant & Hospitality Association “Stars of the Industry” for Chef of the Year, was a Finalist in the Alabama Gulf Seafood Cookoff, and was voted as one of AL.com’s “Up and Coming Chefs”. This year Chef Brody has continued to add to his accolades by being named the winner of the Alabama Seafood Cook-Off. This honor qualified him to compete in the Great American Seafood Cook-Off in New Orleans representing the State of Alabama. Chef Brody was also named the Chef of the Month by Alabama Gulf Seafood and was awarded The People’s Choice Award at the 2017 Wharf Uncorked Chef Competition along with being named the Grand Tasting Winner. Recently the Alabama Restaurant and Hospitality Association selected Chef Brody as the Alabama “Chef of the Year” at their annual Stars of the Industry Banquet.

Chef Olive is focused on only serving the highest quality Gulf seafood that is locally sourced. He has also added a tantalizing selection of aged Prime beef products to the Voyagers menu that are seared at a temperature of 1,800 degrees to lock in the flavor and juiciness of the meat selections. He is passionate about using fresh ingredients, prepared simply and beautifully so that the flavors of the food are allowed to shine. Karl Groux, Assistant General Manager for Perdido Beach Resort, stated “Chef Olive is bringing the highest quality of innovation to all dining venues within the Resort. Whether he is arranging an intimate dinner for two in Voyagers or overseeing a Banquet meal function for five hundred, it is a pleasure to have someone with the talent and experience of Chef Olive leading our Culinary Team.”