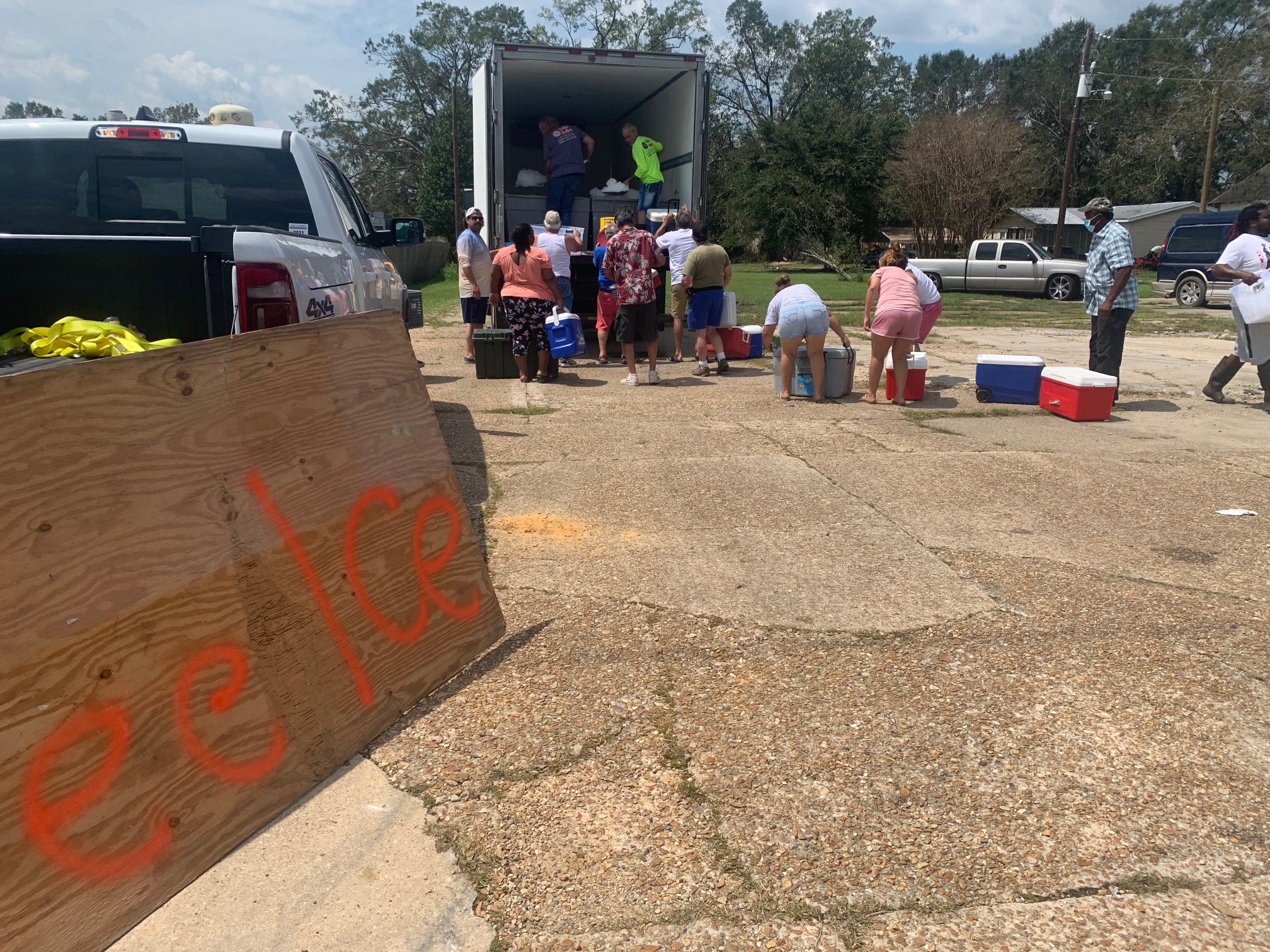 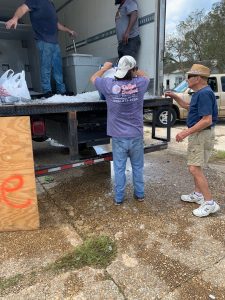 The recent devastation caused by Hurricane Ida has left dozens of areas and thousands of people in Louisiana and beyond without electricity or even homes to call their own.

There’s not a shrimp processor in the Gulf South that has not at one time or another been in the aftermath of a hurricane without power and basic necessities. That’s why when Hurricane Ida hit south Louisiana, those shrimp industry members who could help kicked into high gear.

Two such processors are DoRan Seafood, of Independence, Louisiana and C.F. Gollott & Son, Inc. in Biloxi, Mississippi, both members of the American Shrimp Processors Association (ASPA).

While Independence, Louisiana is about 100 miles north of the Coast, it saw 100 mph winds nonetheless.

“I was up with my dog on Sunday morning as the storm came through and could see the eye of the hurricane from my front porch,” said Randy Pearce, President of DoRan Seafood. “Sunday night, it came directly over our facility and left it a complete mess.”

As if the storm damage wasn’t bad enough, his facility was left without power for a week, running on a generator.

“It wasn’t just us: everybody in the town of Independence lost power,” he said.

Randy said the only reason that DoRan Seafood managed to even regain power is because it is on the hospital’s electrical grid. The rest of the town, however, wasn’t so lucky, made even worst by the fact that Independence is predominantly rural and is not a high-income area. 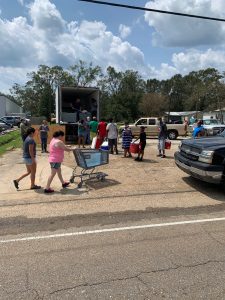 “What I thought we could do was partner with Todd Gollott, Co-Owner and Manager of Raw Product Purchasing, at C. F. Gollott and combine our ice machines to provide ice to families,” said Randy. “We have a great rapport with them already, so as soon as we called, they were there: we couldn’t have done it without them.”

“DoRan Seafood spoke with Independence Mayor Jim Paine and the Town Aldermen about the glaring need for ice to be distributed to town residents and he helped our companies set up a position in town to distribute ice daily. Randy asked if we could provide ice to their town,” said Todd Gollott.

“Helping people is what it’s all about, so we sent ice on that Thursday and learned that they gave that away within an hour. We sent another load the next day. Even though our companies are considered competitors in the marketplace, there is no competition in helping each other in a time like this, especially since we were spared this time. We are glad to help.”

While at least half of Independence still does didn’t have power as of September 8, 2021, the ice provided by the ASPA/Wild American Shrimp processors helped carry people through until the arrival of government assistance in the area on Saturday.

“They arrived with PODS that had ice, MREs and more,” said Pearce.

As for DoRan Seafood, they’re already back in business but not up to full speed due to employees being displaced all while still looking for ways to help their community.

“There’s a time and a place when our members respond after every storm,” said Dr. David Veal, Executive Director of ASPA. “We are thankful for these processors and for the many others we’ve heard step up in this time of need.”