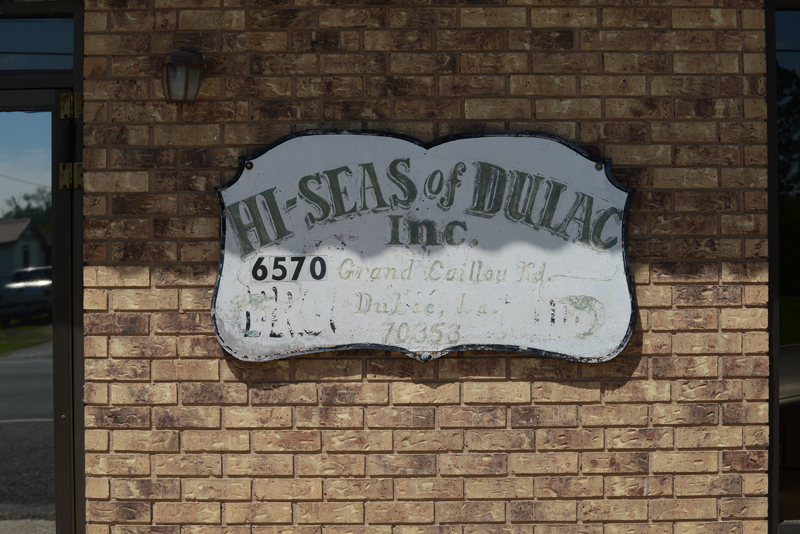 About 16 miles outside of Houma, Louisiana, across a few drawbridges, lies a family-owned business that has sustained four generations of Authemonts. The office walls are adorned with taxidermy trophies of their hunting exploits over the years ranging from bobcats to deer.

Hi-Seas of Dulac was named in 1981 during the shooting of Vice President Eric Paul Authemont’s wedding day photos.

“I guess shrimp juice runs through my veins,” he says. “When we were taking family pictures at my wedding, one of them said they wanted to get back into shrimp, and my dad said ‘well I have a plan when you get back from your honeymoon.’ And when I got back, dad wanted to start another company.”

The family’s love for the shrimp industry started with great-grandfather Alfonse Authemont Sr., in the early ‘80s when he made a living delivering groceries on the bayou in a rowboat. He realized there was money to be made selling shrimp.

As a side note, Raymond Authemont (Alfonse Sr.’s son and Eric’s father) and now president at Hi-Seas of Dulac, says that in addition to shrimp, Alfonse got into all sorts of businesses through his grocery delivery business. He started acquiring fur, frogs, and Spanish moss because no one had money in the area at the time to pay him. Once he had these things, he would resell them to others.

As the story goes, Alfonse met a man selling on the bayou who sparked his interest in dried shrimp. So after looking into it more, he decided to start his own dried shrimp business. It was one of the original “value-added” shrimp products on the market. Most of the dried shrimp at that time were sold to China because the Cajuns in south Louisiana had very little money to spend at the time, and it was a little more expensive. Dried shrimp are still used in many Asian cuisines because they impart a unique, savory taste that is very different from fresh shrimp. The flavors are released when they are allowed to simmer

Eric reminisces about the stories Raymond shared about his great-grandfather wearing the same clothes every day, which included a white shirt, a tie, and a hat.

Check out Hi-Seas of Dulac, Inc.’s Member Feature Page for the full story!