Are You Addicted to Fresh Food?

Frozen foods have always seemed like the food of last resort. There’s a desperation to it. People who have their stuff together buy fresh food to use in their Barefoot Contessa recipes, and they go to the gym every day, and promptly pick up their dry cleaning, and have adorable Goldendoodle puppies named Barney.

Fresh is a lifestyle.

I was all about that lifestyle until I moved to Manhattan in the barbarous days before Fresh Direct, where the nearest actual grocery store was three subway stops away, bananas were 99 cents each, and the checkout line started at the doors.

It was waiting in said line that the genius of frozen foods really hit me. ICYMI, frozen food lasts longer than fresh, which is a huge selling point in a place where shopping requires the patience of a deaf/blind saint.

Good news to great, frozen is usually cheaper than its fresh counterparts. I could get four pounds of frozen broccoli florets for six bucks, while the same amount of fresh would be twice as much. The nutrient content of frozen seemed to be comparable to fresh, too. I thought I was being punk’d. How is it possible that the same amount of the same product cost half as much if it were frozen, and it was just as healthy?

Because I’m a scientist, I did some science to discover the answer.

Google: why is frozen food cheaper than fresh

Here’s what I found, and this blew my mind: it’s cheaper in part because of preconceived notions. Almost all of us are about that ~fresh lifestyle~ and on top of it, when we’re too starved to wait for something to defrost, fresh food is more convenient.

Those preconceived notions go to an extreme with seafood. I can’t tell you why people prefer fresh seafood  because not a lot of research has been done; it seems, though, we equate “fresh” with “high quality,” and quality is of particular importance to seafood eaters. (As it should be.)

Mysteries of the human psyche aside, here’s the bottom line:

The quality of frozen seafood is as good or better than fresh.

The science behind frozen’s genius is clear as ice: we keep food cold, or cook it to a specific internal temperature, to control two types of bad bacteria: the kind that make food smell and taste bad (but won’t make you sick), and the kind that cause food poisoning. 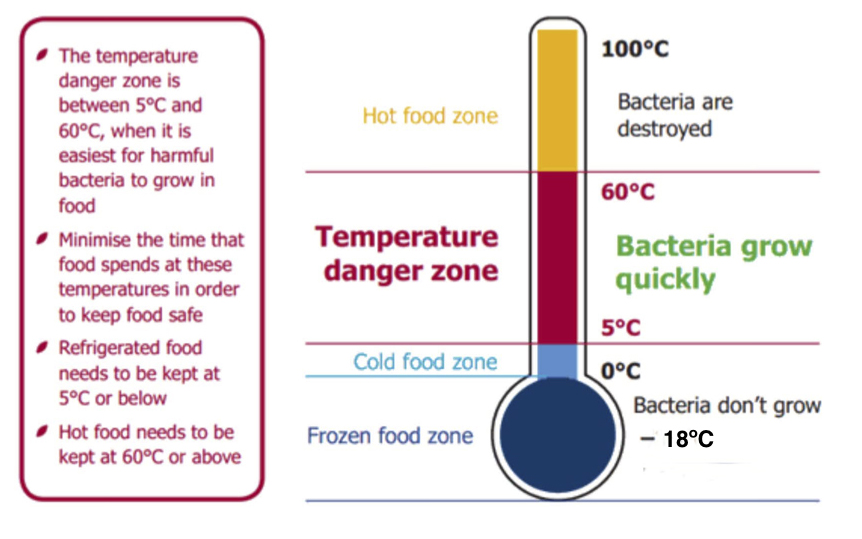 It’s probably obvious, then, why we freeze and refrigerate food: to slow the growth of bacteria, which extends the shelf life of food.

In a perfect world, all the seafood we eat would be fresh out of the water, only moments old. For those who don’t live within spitting distance of a dock, though, that’s impossible.

In today’s more advanced commercial fishing fleet, as soon as the catch goes below deck, it’s frozen between five to 40 degrees below zero. Like Han Solo in his carbonite prison, the (shell)fish are suspended in time; unlike Han Solo, after thawing they’re eaten, not rescued by a princess. 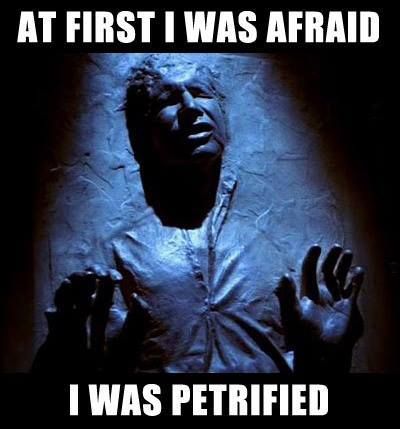 So if bad bacteria can’t grow when it’s super cold, and just-caught seafood is flash frozen at Antarctic temperatures, it goes to follow that when we get to eating, our meal is essentially fresh caught. Bacteria has had zero chance to grow and ruin the quality. Ergo, sign me up for some frozen seafood.

Fresh food has benefits, sure, but it’s so…twentieth century. I think you’ll agree that frozen is where it’s at, or at the very least, frozen shouldn’t be poo-pooed because of our semi-inexplicable cultural/emotional hang-ups about how the temperature of our food defines our personal values.

I think the infographic here might shed some light on this tricksy chimera occupying many a refrigerated case.

If you made it all the way down here,  you’re a champ, and thanks for tuning in. Get ready for my next post, where I’ll be discussing how old folks ruin everything.