Why the USDA Says to Eat More Shrimp! 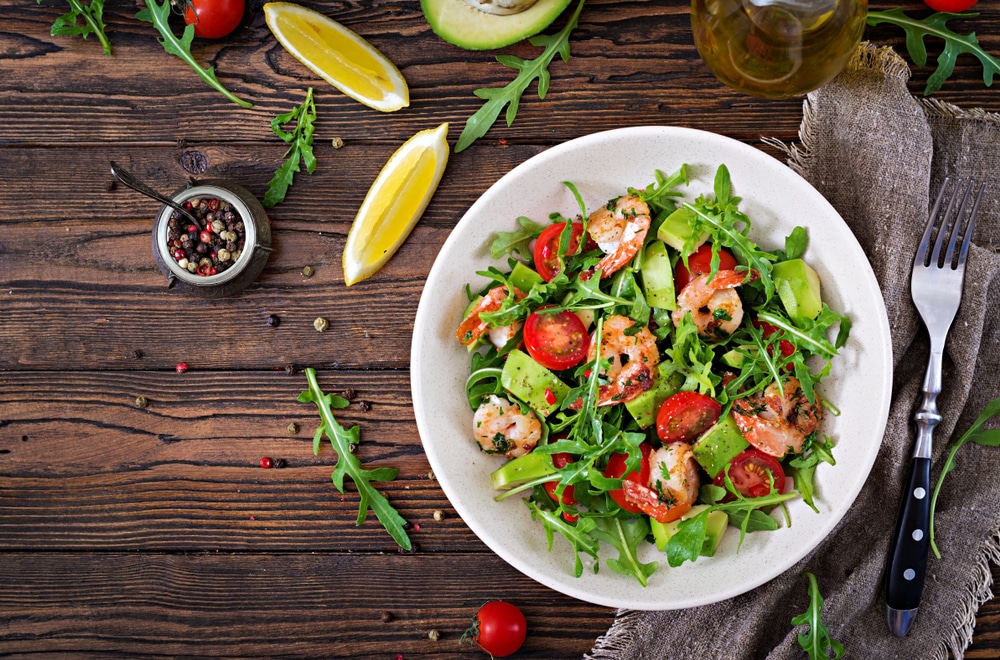 Every 5 years, the current USDA Dietary Guidelines Committee creates a detailed dietary guideline providing recommendations to help Americans make food and beverage choices that contribute to an overall healthier diet. In preparation for those guidelines, the Committee also creates a scientific report discussing initial research and observed trends to be addressed. To help condense the information provided in the report, we’ve highlighted the Top 5 takeaways that point Americans toward eating more shrimp.

1.  Seafood is Essential to a Recommended Diet

Discussing the importance of establishing healthy dietary patterns in all age groups – both children younger than 24-months-old and individuals aged 2 years and older (standard time period measurements used for these reports) – the Committee stressed that a recommended Food Pattern included a variety of nutrient-rich animal-based foods, including seafood, even going so far as to prioritize seafood over standard meat and poultry. Additionally, moderate evidence suggests that dietary patterns higher in seafood are associated with lower risks of colon and rectal cancer.

2. Seafood Over Red Meat Leads to a Healthier Life

The Committee found strong evidence that, in adults, a regular diet consisting of more lean meats and seafood over red and processed meats is associated with a reduced risk of all-cause mortality (death from any cause). Similarly, they said to reduce saturated fat intake, diets should replace sources of saturated fat, such as processed meats and certain high-fat dairy products, with sources of polyunsaturated fats, such as seafood, seeds, nuts, legumes and appropriate vegetable oils.

Recommended consumption of protein foods ranges from 2 to 7 ounces a day, depending on the calorie level. Current dietary guidelines recommend the consumption of at least 8 ounces of seafood or more per week for the general population. However, the research found that most people don’t meet this benchmark.

One of the most significant advancements in the 2020 report was its expansion beyond the standard focus on individuals aged 2-years and older to also include findings on both the period from birth to age 24 months and pregnancy itself. The Committee found that a healthy diet during these stages of life is essential in promoting lasting health throughout life.

Many of the report’s predominant seafood-related findings are also focused on these time periods. For example, the Committee’s findings suggest that an intake of seafood as part of a standard, healthy dietary pattern – particularly in foods high in omega-3 fatty acids (which Wild American Shrimp are!) – may be related to a reduced risk of gestational diabetes and hypertensive disorders. Thus, consumption of seafood such as shrimp during pregnancy has the potential to reduce the risk of hypertensive disorders and preterm birth. The Committee concluded that there was reasonable evidence to suggest that seafood intake during pregnancy may be favorably associated with measures of cognitive, language and communication development in children.

Despite this, they found that almost half of pregnant women consume too little protein each day, with their consumption of seafood being particularly low.

After birth, this same consumption from pregnancy can lead to better cognitive development and better language and communication development in children. For these factors, the Committee complied with existing recommendations that pregnant women should consume at least 8 to 12 ounces of a variety of seafood every week, particularly choices that are lower in methylmercury and higher in omega-3 fatty acids (which, yes, means wild-caught, American shrimp!).

While the Committee was unable to draw conclusions regarding maternal dietary patterns in relation to lactation due to a lack of evidence, they did suggest that seafood choices are important aspects of a healthy diet for lactation. They stated that women who are lactating should continue to consume seafood at the same amounts previously recommended during pregnancy.

5. Poor Diet is the Problem: American Seafood is the Solution

As was the case for both the 2010 and 2015 Committee reports, the 2020 Committee worked in response to a few particular nutrition-based issues our nation is currently facing:

Americans still have a long way to go until they reach the recommendations of the 2020 USDA Dietary Guidelines Committee.

For the next report, the current Committee issued future directions to the next Committee, requesting that they further examine the relationship between seafood and neurocognitive development and health, alongside determining what stage in the lifespan is seafood intake most critical for continued health in children (either before pregnancy, prenatal or postpartum).

In 2021, do yourself and your family a healthy favor by making a conscious effort to increase seafood (shrimp in particular) consumption. This will help your family while also supporting American workers who strive every day to bring wild-caught, American shrimp to your table! Visit our Recipes Page for dozens of recipe ideas and click HERE to order wild-caught American shrimp for yourself or wholesale shipped straight to you!